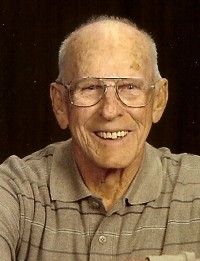 Fletcher – Earl Ernest Baldwin, 80, of Fletcher, died Monday, February 7, 2005 in a Hendersonville hospital. A native of Henderson county, he was the son of the late Annie Kate Cunningham and Oney Price Baldwin. He was husband of the late Dorothy “Dot” Stroupe Baldwin, for 54 years, who died in 2003. He is also preceded in death by six sisters and two brothers. Mr. Baldwin retired from CTS of Asheville and was a former employee of Sayles Bleachery. After his retirement he became a farmer and enjoyed rabbit hunting and the outdoors. He was a veteran of the U.S. Army where he served in World War II. He is survived by two sons, Ronnie Baldwin and his wife Elaine of Fletcher, Ricky Baldwin and his wife Lorie of Fletcher; three grandchildren, Rebecca Ramsey and Lisa and Richard Baldwin; two step grandchildren, Jason and Tony Burrell; one sister Rita Nesbitt of Hendersonville; one great grandchild, Savannah Madison Baldwin and three step-great grandchildren, Brittany, Kourtney and Tanner Burrell; and several nieces and nephews. Graveside services will be held at 2:00 PM Thursday in Tweeds Chapel Cemetery conducted by the Reverend Roy Waldroup. Pallbearers will be nephews. The family will be at the home of Ronnie and Elaine Baldwin, 126 Concord Road, Fletcher.