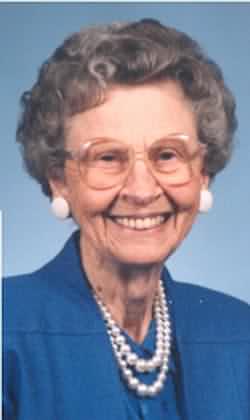 Edith Gillespie McElreath Bridges, 82, of 214 Old Newfound Road, Leicester, died Wednesday, January 24, 2001 at her residence. A native of Buncombe County, she was a daughter of the late Edward and Nora King Gillespie. She was also preceded in death by her husband of 45 years, Earl C. McElreath who died in 1978. She remarried to the late James Millard Bridges who died in 1993. She retired in 1981 as Cafeteria manager at Leicester Elementary School . She was a Loving wife, mother, and grandmother; a lifelong member of Bell United Methodist Church and a member of the Wesley Sunday School Class. Her survivors include a daughter, Brenda Ponder; son, Earl C. McElreath Jr., and wife Joan all of Leicester; sister, Stella Reynolds of Hendersonville; brother, Howard Gillespie and wife Margie of Leicester; grandchildren, Everette Ponder Jr., Sonia Ponder Worley and husband Tim , Tim McElreath, Roger McElreath and wife Toni, Melinda Rogers and husband Bill all of Leicester several nieces and nephews, and a special friend, Kim Corbett. Funeral services will be 11:00 a.m. Saturday in the Patton Avenue Chapel of Groce Funeral Home. Reverend Fred Carpenter will officiate with burial following in Bell United Methodist Church Cemetery. Pallbearers will be grandsons and Tim Worley, William Rogers and Edward Gillespie. Her family will receive friends 6:30 - 8:30 Friday at the funeral home. At other times the family will be at the home. Memorials may be made to Bell Methodist Church Cemetery Fund, PO Box 36 Leicester, NC 28748.