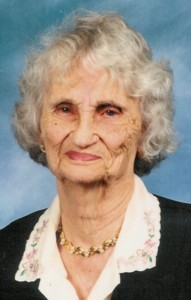 EDITH AIKEN McCALL REAGAN Edith McCall Reagan, age 99, of Candler, died Sunday, October 5, 2008, at her home. A celebration of life service will be held at 11:00 a.m. Wednesday, October 8, at Hominy Baptist Church, with family visitation from 7:00 to 9:00 p.m. Tuesday at Groce Funeral Home on Patton Avenue. The last surviving sibling of five daughters of the late William E. and Maude Livingston McCall, she was born in Grainger County, TN, on March 19, 1909, but spent most of her life in Buncombe County. She was preceded in death by her husband of 63 years, Millard Lee (Buck) Reagan. Survivors include her nine children, Alvin (Lois) Reagan of Lexington, Anne Clifton of Greer, SC, and Winter Springs, FL, Katha (Daniel) Morgan of Lilburn, GA, George (Annette) Reagan of Greer, SC, Louise (Charles) Palmer of Candler, Wayne (Glenda) Reagan of Spartanburg, SC, Yvonne Banks (Smitty) of Deerfield Beach, FL, Nancy (Larry) Halford of Oak Island, NC, and Dianne (Bill) Davis of Polk County, NC; and 27 grandchildren, 56 great-grandchildren, and 13 great-great-grandchildren. Also surviving are two sisters-in-law, nieces and a nephew. She was a long time member of Hominy Baptist Church in Candler. She attended Venable School, graduated from from then Biltmore Junior College (now a part of UNC-Asheville) and taught school for a brief time in Tennessee. In her life span of nearly 100 years she saw travel change from horse-drawn buggies to space craft, experienced preparing meals on a wood-filled cook stove and in a microwave, and gradually yielded from the hundreds of cloth diapers she had washed to disposable ones for her grandchildren. Edith was a strong disciplinarian – for herself and her family. Her schedule included an early rising time, immediately dressing for the day, eating three meals every day, being at church each Sunday. She taught the Ladies Bible Class for many years and was an extensive Bible reader. She purchased a 36-acre farm in 1945 while her husband was serving with the US Army in Europe and moved from the Inanda Community to Candler with her five children and her mother. After his discharge, they built a small dairy and she helped with the milking as well as growing a garden and canning fruits and vegetables. After the young children were in school, Edith worked with the Candler School cafeteria and later as a nurse's aide at Mission Hospital. She retired from Mission Hospital in 1969. She was her husband's caregiver following his stroke until his death in 1996. The family extends special appreciation to her caregiver, Claudia Sanderlin Paxton. Memorials may be made to CarePartners Hospice, PO Box 25338, Asheville, NC 28813, or to Hominy Baptist Church, 135 Candler School Road, Candler, NC 28715.