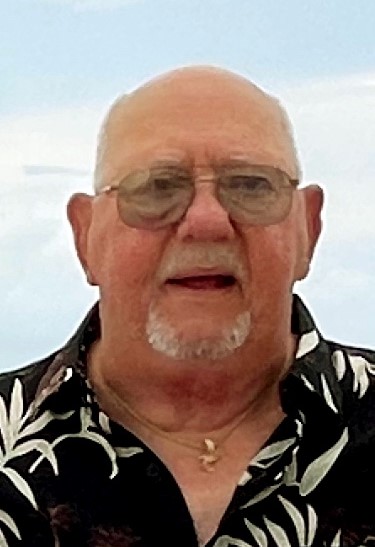 Edward Jackson Gore, Jr., 75, was welcomed into Heaven on Sunday, February 13, 2022, at Mission Hospital with his family by his side.

Ed was born December 24, 1946, at Fort Campbell, KY to the late Edward J. and Martha Self Gore. He served in Vietnam with the Army’s 173rd Airborne Division and was retired from Bell South after 32 years as a Service Technician. While employed with Bell South he was the Legislative Representative for the Asheville Chapter of CWA.

Originally from Atlanta, GA, he transferred with Bell South to the Asheville area in the late 1970’s. In his younger years he was a hot air balloonist and participated in many ballooning events from Helen, GA to Statesville, NC and all the way to Albuquerque, NM. More recently he remained grounded as a car enthusiast, taking his 1951 Chevy Tin Woody station wagon (Woodrow) or his 1948 Pontiac SilverStreak (Chief) to car shows throughout the country.

Ed was an active member of Beverly Hills Baptist Church, where he was a former deacon and had served on various committees.

He was a wonderful husband, father, grandfather and friend. He is survived by his wife of 37 years, Fran Gore; son, Britt Crane; daughters, Melinda Brogden (Boyce), Marianne Gore, and Emily Lynch (Mike); twin granddaughters, Cameron and Blakely Crane and grandsons Stephen Johnson and Matty Lynch. He was preceded in death by his brother, John Gore.

The family will receive friends at Beverly Hills Baptist Church beginning at 1:00 p.m. Saturday, February 19, 2022. The funeral service will follow at 2:00 p.m. with the Revs. Tim Lolley and Dr. Billy King officiating. Military honors will be provided by the NC National Guard Memorial Team. Interment will be at the Western Carolina State Veterans Cemetery at 12:00 noon Monday, February 21, 2022.

Memorials may be made to the Veterans Restoration Quarters, in care of ABCCM, 20 20th Street, Asheville, NC 28806.