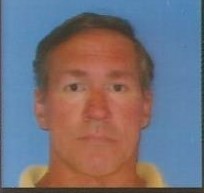 Edward Phillip Wright, 58, passed from his earthly home to his heavenly home on Wednesday, August 24, 2016. Phillip was a proud veteran of the 24th Infantry Division of the U.S. Army and worked many years in law enforcement in Buncombe and Henderson counties and Greenville, SC. Phillip bravely fought cancer for many years with tenacity and courage before succumbing to the disease. He is preceded in death by his parents, Charles and Laura Wright and a sister, Mary Crisp. Phillip is survived by two sons, Benjamin Wright of New York City and Austin Golding of Morganton, NC; three sisters, Becky Roberts (Rob) of Summerville, SC, Patricia Holbert of Virginia Beach, VA and Clairene Brown (adopted) of Arden. Phillip is also survived by three brothers, Charles Wright (Gladys) of Newnan, GA, David Wright of Asheville and James "Boodie" Wright (Autumn) of Candler, in addition to many terrific and wonderful nephews and nieces. The funeral service will be held Monday, August 29, 2016 at 11:00 am at Groce Funeral Home at Lake Julian officiated by Phillip's brother, Charles. Visitation will be held one hour prior to the service at the funeral home from 10:00 to 11:00. Graveside services will be held at Pisgah View Memorial Park following the service. Flowers or a donation to Brother Wolf of Buncombe County would be appreciated.