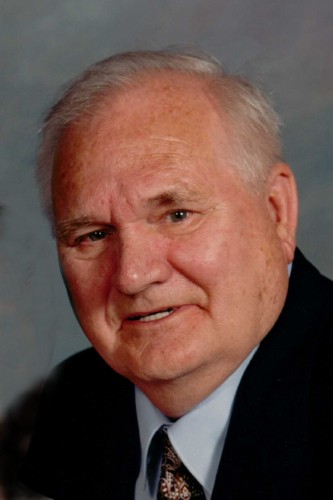 ELBERT "SPOT" JONES ASHEVILLE – Elbert E. "Spot" Jones, 85, died Friday, June 17, 2011, at the VA Medical Center. Mr. Jones was born in Duncan, SC, but had lived in Asheville all his life. He was a son of the late Baxter Earl and Lilly Mae Morgan Jones. He attended Lee H. Edwards High School. He was a Navy veteran of WW II and also served for 20 years with the Army Reserve. Spot retired as Cardiology Services Coordinator with the VA Medical Center after more than 40 years. Following his retirement, he enjoyed working part-time with Avis Rental Cars. He was a former member of the American Legion and the Cosmic Club and was active with the Reynolds High School Rockets Booster Club. He was a member of St. Joan of Arc Catholic Church. In recent years, Spot devoted his spare time to his grandchildren. He loved attending their ball games and other activities. The grandchildren especially loved spending time with their Papa watching movies and playing marbles and Yahtzee. He is survived by his wife, Martha Carol Livingston Jones; a daughter, Kelly Jones and her husband, Gary Jones, of Fairview; a son, Tom Jones of St. Louis, MO; and five grandchildren, Ryan, Carson, Landon, Emma and Aliyah Jones, His best friend, his dog, Annie Mae, awaited him in heaven. A prayer service is scheduled for 6:00 p.m. Tuesday in the Patton Avenue chapel of Groce Funeral Home with the Rev. Fr. Matthew Leonard officiating. A Mass of the Resurrection and burial will be at a later date in Fernandina Beach, FL. Memorials may be made to the VAMC Hospice Unit, 1100 Tunnel Road, Asheville, NC 28805 or to the Building Fund of St. Joan of Arc Catholic Church, 768 Asbury Road, Candler, NC 28715