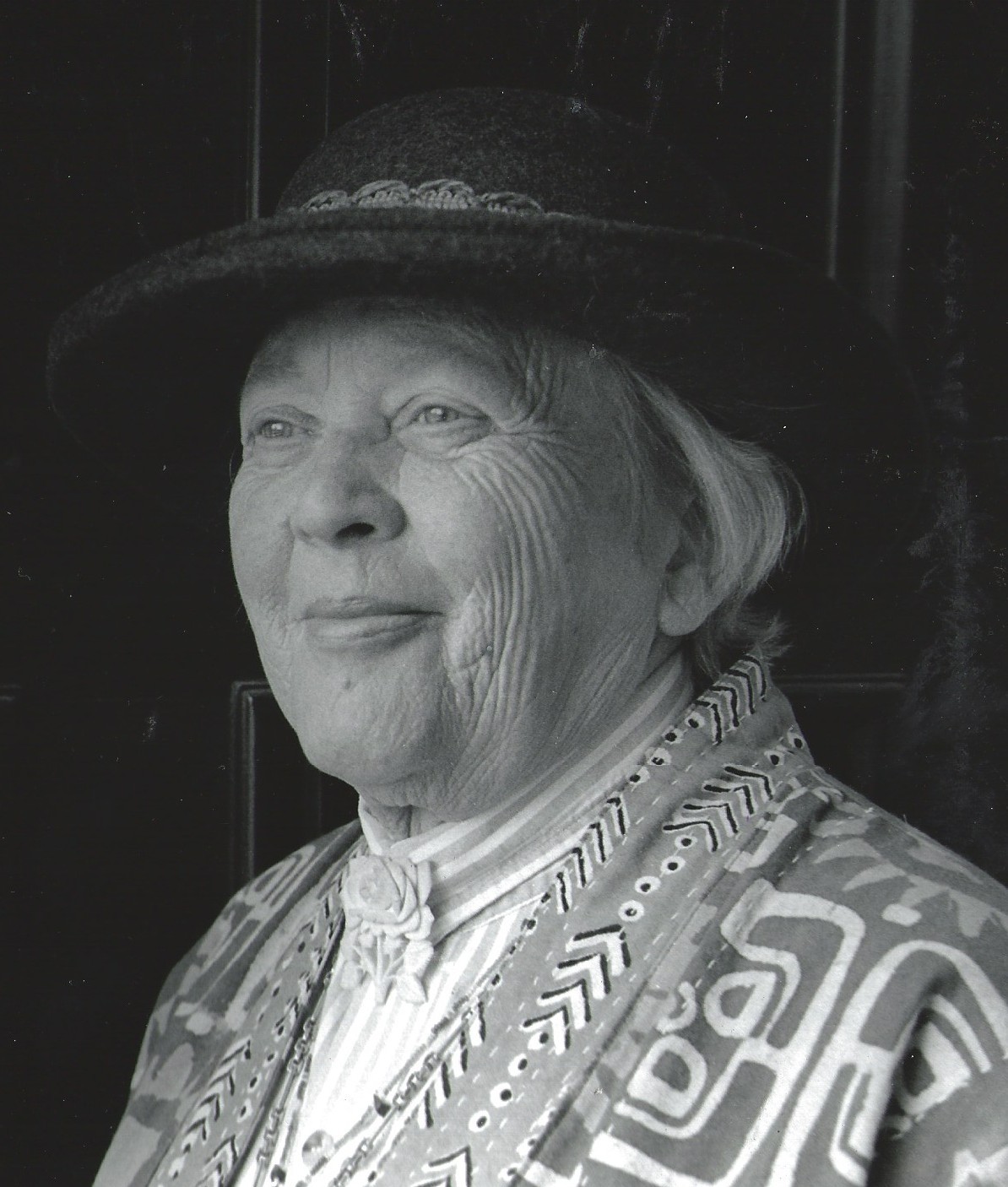 Elizabeth Anne Mills-Dobbyn passed away on August 13, 2016. Born on May 30, 1922, in Seattle, WA, to John S. Mosseller and Lillian Mills-Mosseller, Liz leaves behind a legacy of fine art. Liz began drawing at age 4. When she was 9 she was tutored by Lewis Hart, a regionally known portraitist in Charlotte, NC, and at age 11, she moved with her mother and brothers to the studios of Carnegie Hall in New York City. Liz studied portraiture, figure drawing, landscape, and art history under Penrhyn Stanlaws, of Art Career School and member of the National Academy of Britain's Royal Academy. Liz received further training in anatomy with Robert Beverly Hale at the Art Students League, who was then Curator of American Art at the Metropolitan Museum of Art. Liz taught art to all ages in Western North Carolina and her work has been exhibited at Carnegie Hall Art Gallery, The York Club, American Artists Professional League in New York City, The Newspaper Women's Club in Washington, D.C., The Mint Museum in Charlotte, NC, The Tryon Fine Arts Center, Tryon, NC, The Asheville Art Museum, Asheville, as well as commissioned portraits in private homes throughout the U.S. Among her many portraits are: Thomas Wolfe, whose likeness hangs in the Wilson Library at UNC-Chapel Hill, a portrait of Tom commissioned by his sister, Mabel Wolfe Wheaton, which hangs in the Wolfe Memorial Home, in Asheville; Alexis Dolonoff, premier ballet dancer of the Metropolitan Opera Co., NYC; Penrhyn Stanlaws, N.A., R.A.; the Honorable Judge Oscar E. Bland, Washington, D.C.; and members of the Roebling Family, of Trenton, NJ. Liz was devoted to her family and helped many people through her tireless work in 12-step programs throughout Western NC. Liz wanted to be remembered for and in her own words: "she loved art, family, animals, mountains, and the moon." Liz is survived by her daughter, Lili M. Dobbyn; brother, Ronald Mosseller; two granddaughters, Nicole Drinnen and Marie Drinnen; four great-grandchildren, and many cousins. A memorial service to celebrate her life is planned for Saturday, August 27, at 2:00 p.m. at the Episcopal Church of the Redeemer on Riverside Drive, Asheville. Her family will receive friends at Groce Funeral Home on Patton Ave. on Friday, August 26 from 5:00 to 7:00 p.m. In lieu of flowers, donations may be made to CarePartners Hospice, P.O. Box 25338, Asheville, NC 28813.