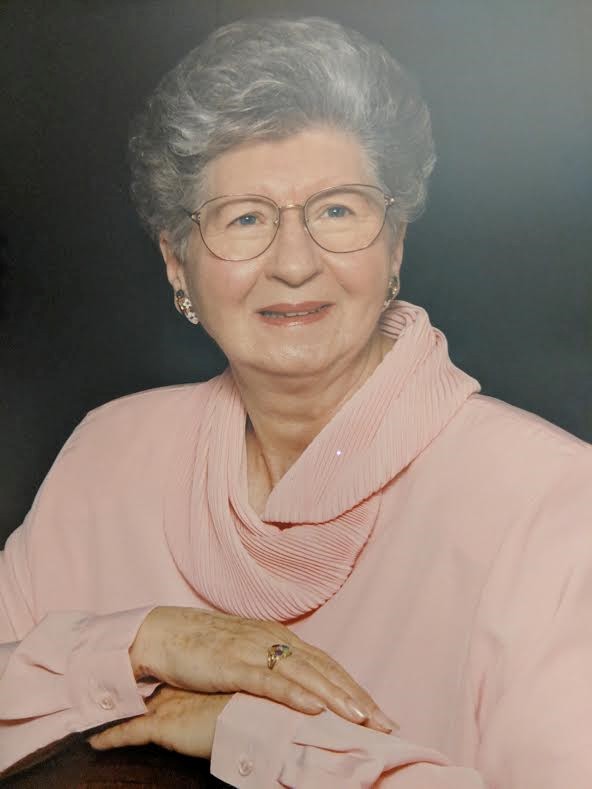 Elizabeth (Libby) Wilde Ledbetter, 95, of Jacksonville, FL, died Wednesday, February 27, 2019, surrounded by loving family at Memorial Hospital. She was born February 5, 1924 in Asheville, NC to the late George Washington and Willie Dell DeBruhl White. She was also preceded in death by her husband, Howard Wilson Ledbetter, and her brother, George Finley White. Libby grew up in Asheville, graduating from Lee H. Edwards High School and Cecil's Business College, where she received an Associates Degree in Business. She married Howard Wilson Ledbetter and worked in Newport News in the ship building industry during World War II before returning to Asheville. In 1949, they moved to Florida where she was a homemaker and accountant in Howard's various businesses in Miami and later Melbourne. She was a Sunday School Teacher and always very active in her church, and was a member of Fort Caroline Baptist Church in Jacksonville. Surviving are a daughter, Janet L. Meyer (Tom) of St. Mary's GA; a son, David P. Ledbetter (Elizabeth) of Jacksonville; three grandchildren Russell, Stephen and Andrew; two great grandchildren, Landon and Liam; and numerous loving nieces and nephews. Services will be held at 2 p.m. Sunday, March 3rd, in the Patton Avenue chapel of Groce Funeral Home, Asheville, NC. with the Reverend Ron Brown officiating. The family will receive friends from 1 to 2 p.m. prior to the service. Burial will be in Green Hills Cemetery. Memorials may be made to Alzheimer's Disease and Related Disorders Association of Asheville, 31 College Place, Suite D-103, Asheville, NC 28801.