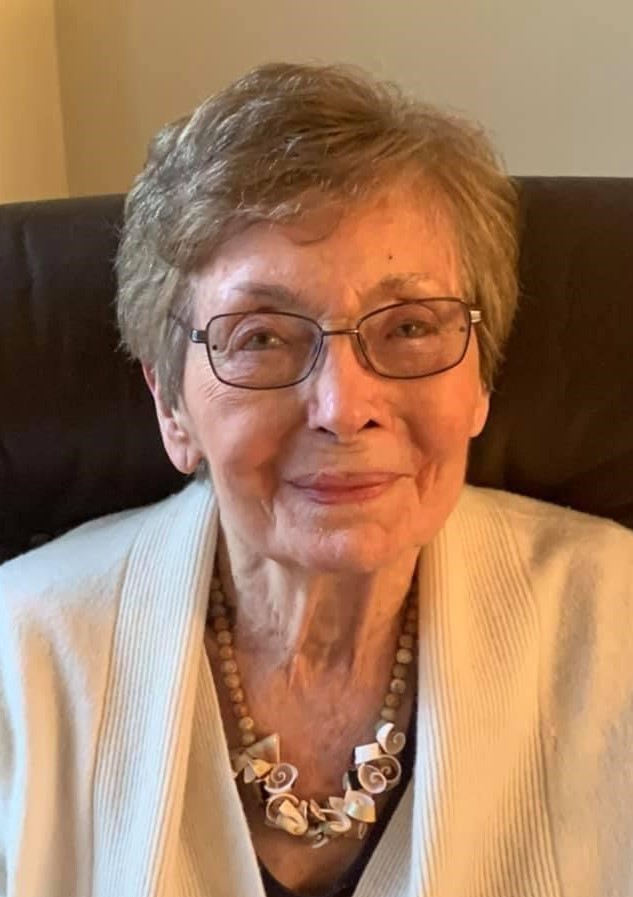 Liz was born February 28, 1931 in Atlanta, GA to the late William Samuel and Lucelle Speer Smith. She grew up in Atlanta, and on her father’s farm, Snapfinger Farm, east of Atlanta.

She attended the University of Georgia where she studied psychology and joined the Alpha Delta Pi sorority, of which she was president her senior year. While attending UGA, she frequently came back to Atlanta on weekends where she met William Emory Rupp. They were matched up by friends because they were both tall. They made a handsome tall couple and were married December 20, 1952. They lived in Ft. Benning, GA with a dog named Zombie.

When Bill got a job in engineering they moved to Towson, MD where they were very involved with the Towson Presbyterian Church, and Liz began the first of her many roles of helping others as they ran the senior high youth program, and Liz sang in the choir. Their first two children, Betsy and John, were born in Towson. After commissioning a new home, they moved out to the countryside of Maryland, where their third child, Susan, was born. Liz focused on her family while also engaging in volunteer work, including through membership in PEO, a philanthropic organization with which she has volunteered for over 50 years.

In 1970 Bill received a promotion and the family moved to Franklin, IN. The small town life was a change, but Liz soon found multiple ways to engage and volunteer in the community. She became a Sunday School teacher in their church, and sang in the church choir. She also added her alto voice to a vocal group called The Voices, and she dedicated many hours helping in a school for adults and children with intellectual and developmental disabilities.

In 1976, the Rupps moved to Durham, NC, so Bill could get an MBA and another professional move for Bill took them to Coral Springs, FL in 1978. In both locations Liz found her calling in caring for her family and volunteer work with the church and children. In Florida she became the Church Coordinator for St. Mary Magdalene Episcopal Church, where she also joined the choir.

In 1983 Liz and Bill moved back to NC, and settled in Chapel Hill. Living in a college town and with encouragement from friends, Liz was inspired to start taking classes at UNC, enrolled in the School of Social Work and received a Masters degree at the age of 55. Her life calling of serving others now became her profession. She worked first for Head Start Preschool Program, then in private practice, where she focused on helping children experiencing emotional challenges through play therapy, and ultimately engaged her life’s experience with her training to educate others in the field through consulting. During their 20 years in Chapel Hill, Liz served in leadership roles, including elder, in the Church of Reconciliation. She also taught Sunday School for children. She was an integral part of the adoption of policies of inclusion of the LGBTQ community in the mainstream Presbyterian Church.

In 2002 Liz and Bill joined their daughter Susan and her family in a move to Asheville, NC. Living next door, Liz was a tremendous help in supporting her local grandsons’ activities from preschool through high-school. Liz served as a volunteer in their elementary school, even long after her grandsons moved on, and also offered many hours of service with the local Literacy Council. Liz and Bill found a welcoming community in Asheville with many close and supportive friendships, especially at Grace Covenant Presbyterian Church. Liz served in leadership, again as an elder and as a Sunday School teacher, and helped start a “Welcome Home” group to support LGBTQ people in the church and their families. And as always, she sang in the choir.

Through the many places she has lived and traveled, Liz collected and maintained a close connection with so many friends. Her warm smile and gracious nature welcomed everyone into her circle. This total collection of lifetime friends helped her through the difficulties of COVID this past year. Every person she met was a friend, and her closest friends and her family were her sustenance. Her focus on family extended beyond her own, through always welcoming others and providing unconditional comfort and support to anyone in need. Liz Rupp brought love and light to everyone she met. Her kind and gentle spirit lives on through everyone who knew her.

A Celebration of Life for Liz Rupp will be held Saturday, July 3, 2021, at 1:00 p.m., at Grace Covenant Presbyterian Church. With weather permitting the service will be outdoors and all are welcome. With inclement weather, the service will move inside, and space constraints will limit attendance to only family and friends who are fully vaccinated against COVID-19. We appreciate your understanding.