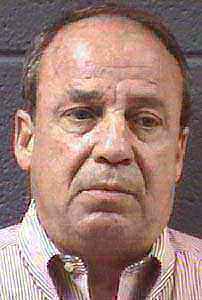 Emory Melvin Mitchell, Sr., 50, of 127 Ballard Creek Road, Fairview, died Tuesday, May 2, 2006. Born in Buncombe County, he was a son of Betty Crouch Mitchell and the late Lawrence W. “Mitch” Mitchell. He was also preceded in death by his grandparents, G.E. and Adelaide Crouch, Lawrence and Berch Mitchell; brothers, Lawrence “Gary” Mitchell and Michael Mitchell. Emory was a 1973 graduate of Reynolds High School and attended A-B Technical College. He was president of Crouch Mitch House Moving Co., a member of the NC and National House Moving Associations, the Biltmore Masonic Lodge and a deacon at Gashes Creek Baptist Church where he was a member. In addition to his mother, he is survived by two daughters, Tracy McCurry and husband Phillip, Morgan Mitchell; a son, E.M. Mitchell, Jr. and wife Jatana; Dennis Mitchell; several nieces and nephews and three grandchildren, Riley, Garrett and Grayson, all of Fairview. A memorial service will be 6:00 p.m. Saturday in the Patton Avenue chapel of Groce Funeral Home with the Reverend Mike Anderson officiating. His family will receive friends at the funeral home immediately following the service. Memorials may be made to the Biltmore Masonic Lodge or to Ecclesia Baptist Church.