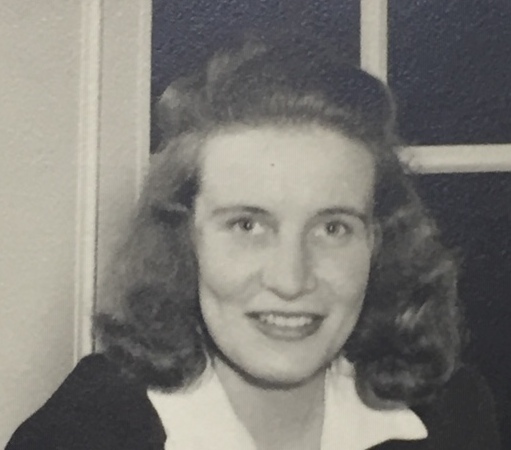 Ethel Helen (Hinck) Hendricks, passed away peacefully on Thursday, December 20, 2018 at the Deerfield Episcopal Retirement Community in Asheville. Born May 1, 1920 in Flatbush, Brooklyn, NY, she was preceded in death by her father Frederick William Hinck , her mother Catherine Edna Rathjen Hinck and her siblings, Dorothy (Hinck) Mahland and William (Bill) Frederick Hinck. For 98 ½ years she lived an independent and active life, learning, exploring the world, enjoying her parents and siblings, her husband, the late Hines J. Hendricks, and her two surviving sons Bruce Hendricks (Rebecca), Geoff Hendricks (Judi), and granddaughters Jessica and Kerrie. Growing up in Brooklyn, she graduated from Erasmus High School. She then attended Packer Collegiate Institute’s college program before earning a Bachelor’s Degree in Economics and Mathematics at Elmira College. Shortly after graduation in 1942 she entered the Signal Corps in support of the country’s war effort. A year later she became a systems analyst with IBM until joining the Red Cross toward the end of WWII where she supported American troops stationed in Japan during the occupation. Upon returning from Japan she rejoined IBM where she met her future husband to whom she was married until his death in 1976. Throughout her life Ethel maintained friendships from her youth even as she made new friends in New York City, Huntington, Long Island and Hendersonville/Asheville, NC. She was an avid ping pong player, golfer, Cub Scout den mother, bowler, bridge player, rug hooker, savvy financial investor and volunteer for various causes, including the Hendersonville Public Library. Upon moving to Deerfield in 2000 Ethel soon became a volunteer adjunct to the community’s marketing department, conducting tours for prospective residents, while also visiting residents of Deerfield’s assisted living and skilled nursing facilities. During her later years she often wondered aloud why she became the longest living member of her family. While there is no definitive reason, her positive attitude, love of life, family, friends, her independence and spunk made her someone who was admired and will be missed by all her knew and loved her. A memorial service will be announced at a later date, along with the interment of her ashes at Lutheran Cemetery in Middle Village, Queens, NY. Groce Funeral Home at Lake Julian is assisting the family