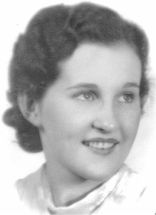 Hendersonville ~ Eva Case Chandley, 84, of Pine Park Retirement Inn, died Saturday, December 6, 2003, in a Henderson County hospital. A native of Transylvania County, Mrs. Chandley was the daughter of the late Frank and Grace Edmondston Case and wife of the late Albert Brookshire Chandley, who died in 1976. Mrs. Chandley, along with her husband, was co-owner of Merrimon Avenue Pharmacy and in her later years, was a sales clerk with Uptons Department Store. In her earlier years, she was active as a Cub Scout leader and was vice-president of the Valley Springs PTA. Mrs. Chandley belonged to the WNC Drug Club and was a former member of Calvary Episcopal Church and presently a member of Trinity Episcopal Church. Surviving is a daughter, Jean Coile of Arden; a son, Albert Bruce Chandley of Weaverville; one brother, Jim Case of Brevard; four grandchildren, Karen Brooks, Kelli Redmond, David and Steve Redmond and seven great-grandchildren. A memorial service for Mrs. Chandley will be held Thursday at 11:00 AM in the chapel of Groce Funeral Home at Lake Julian on Long Shoals Road. The family will receive friends thirty minutes prior to the service. Memorials may be made to the American Lung Association, P.O. Box 2702, Asheville, NC 28802.