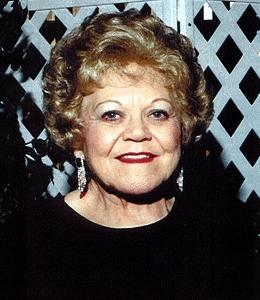 Asheville - Faye Robinson Holland, 73, of Asheville and a former resident of Fayetteville, died, Friday, January 14, 2000 in an Asheville hospital. Mrs. Holland was the wife of the late Sgt. Jack Holland of Franklin and daughter of the late Roy R. and Gladys Lawter Robinson. She was a Navy veteran of W.W. II serving as a nurse and was retired from the Colonial-Big Star Corp. in Fayetteville with 25 years service. She was a member of the Trinity Baptist Church in Asheville and the Land of the Sky Shriner’s Ladies Auxiliary. Friends and family will miss Faye’s quick wit, generous spirit, sparkling blue eyes, optimistic outlook and continuous courage. She is survived by four daughters, Freida Anderson and her husband, Lawrence Anderson, Capt., US Navy(Ret.)of Portsmouth, VA, Karen Ward of Portsmouth,VA, Rev. Jackie Holland of Los Angeles, CA and Greta Kensinger and her husband, Major General Philip Kensinger, US Army, of Puerto Rico; her sister, June Shope and her husband C.E. “Gene” Shope of Arden; brother, Charles Robinson and his wife Faye of Montgomery, AL; grandchildren, Charrise, Christa and Quinton and great-granddaughter, Lindsay. A graveside service will be held at 2 pm Monday at Calvary Episcopal Churchyard conducted by the Revs. Jerry Payne and Jerry Young. The family will receive friends from 7 until 8:30 pm Sunday at Groce Funeral Home at Lake Julian and at other times will be at the home of June and Gene Shope. Memorials may be made to the Shriner’s Hospital for Children, P.O. Box 560666. Charlotte, NC 28256.