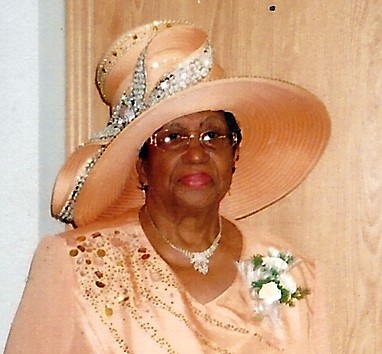 Fenice Williams Koon, 92, of Asheville, died Wednesday, August 2, 2017 at CarePartners Solace Center. A native of Buncombe County, she was a daughter of the late Henry and Amanda Bristol Williams. She was also preceded in death by a son, Robert Koon, as well as four brothers and six sisters. Fenice worked for Dr. Charles Cummings and the late Mr. and Mrs. Joseph Meade of Biltmore Forest. She was a faithful servant of Rock Hill Baptist Church and served on the hospitality committee. She is survived by four daughters, Pauline Hardy, Vanessa Funderburk (Ed), Yvonne Koon and Alice Rogers, all of Asheville; one son, Kenneth “Button” Williams of Asheville; five grandchildren; nine great-grandchildren, as well as several nieces and nephews. A Funeral Service will be held at 1:00 PM on Saturday, August 5 at Rock Hill Baptist Church with Reverend Shadrack Waters officiating. Burial will follow at Rock Hill Baptist Church Cemetery. Mrs. Koon will lie in state from 12:00-1:00 PM on Saturday at the church and the family will be at the home at other times. Groce Funeral Home at Lake Julian is assisting the family.