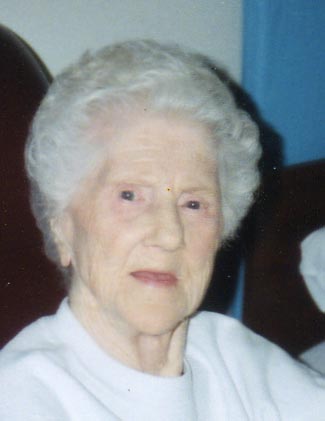 FLORENCE C. DENNY Florence Clontz Denny, 97, formerly of Asheville, died Monday, March 1, 2004, in a Salisbury nursing center. Mrs. Denny was born November 19, 1906, in Asheville, to the late William Loren and Arie LoDuskie Hooker Clontz. She was also preceded in death by a sister, Ethel Mitchell, and brothers Aaron, Claude, Earl, Van and Edward Clontz. She was married to Hilliard B. Denny and they made their home in Black Mountain until his death in 1980. She had lived in Salisbury since May, 2000. She was employed as a supervisor for American Enka for 15 years and later worked for Singer-Kearfott until her retirement in 1972. She was a member of Ridgecrest Baptist Church in Ridgecrest. She is survived by a brother, Wade Clontz and his wife Dot of Salisbury; two sisters Edna Peritts and Lorena Williams of Atlanta, GA; a sister-in-law Estilee Clontz of Asheville and a number of nieces and nephews. Funeral services will be at 2:00 p.m. Thursday in the Patton Avenue chapel of Groce Funeral Home with the Revs. Ted Davis and Danny Gasperson officiating. Burial will be at Piney Mountain United Methodist Church Cemetery. Pallbearers will be Cliff Despain, Eric Rex, Allen Nance, Arnold Hall and David and Eddy Clontz. Dylan Wade Despain will serve as an honorary pallbearer. Her family will receive friends at the funeral home one hour prior to the service and at other times will be at the home of Wade Clontz on Janet Road, Candler.