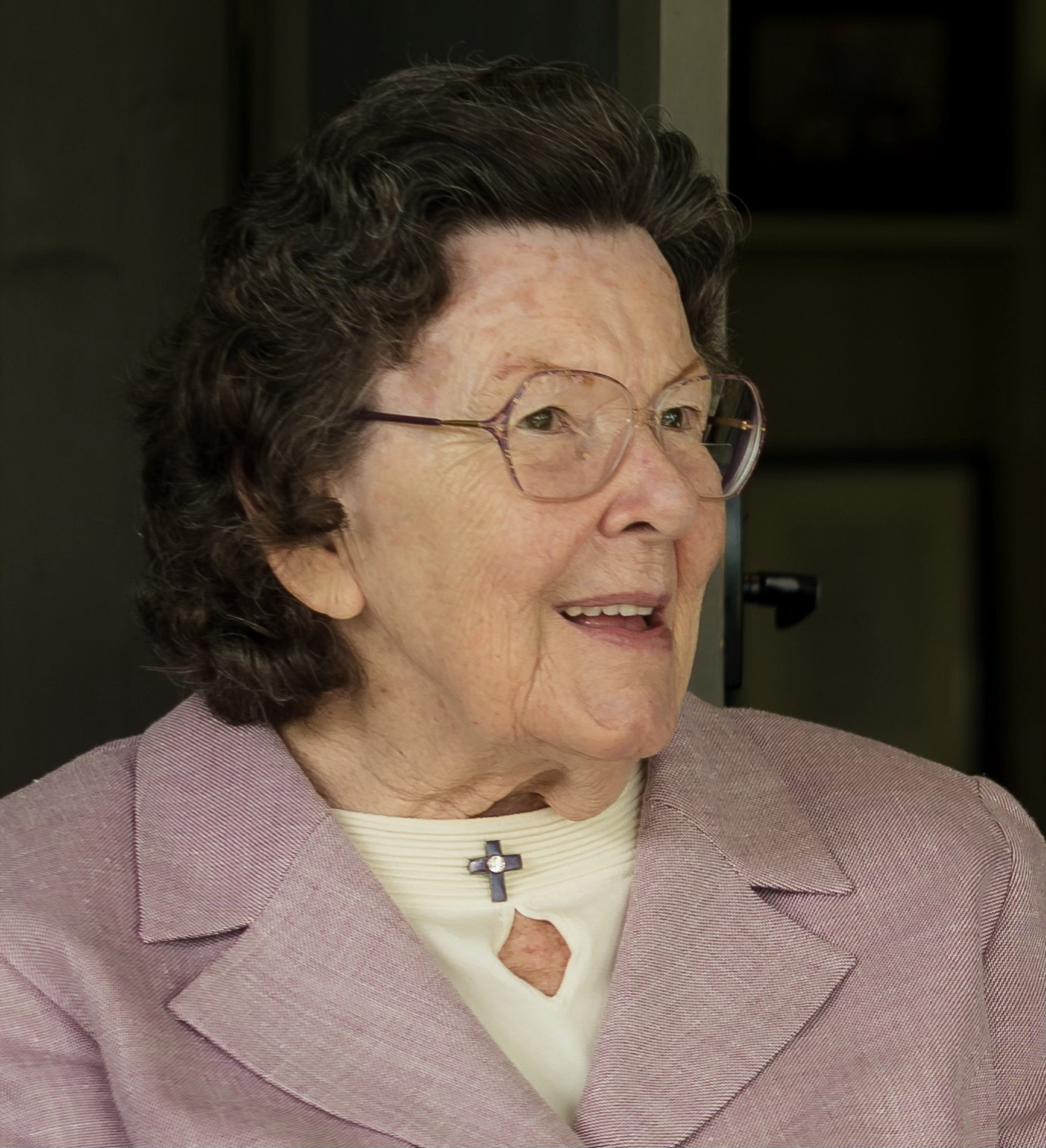 Frances Clark Jennings was born on February 15, 1929. Her parents were Frances Binford Garlic of Asheville, NC, and Dewitt Hudson Clark of New York, NY. Frances had one sister, Mary Eyre Durfee, who preceded her in death.

Frances married Richard Gundry Jennings, Jr., from Pittsburgh, in 1951. After Frances and Dick married, they moved to Cashiers, NC, where he farmed mink and trout. They lived in a small house which Dick had built in 1948.

Frances took on the duties of wife and mother and made a wonderful home. That house was not only the one in which she would raise her three children, but it also served as a refuge to friends of the family, many of whom would spend summers and school breaks there working on the farm, living with the Jennings. There was never a lock on her door. Frances filled the house with love, warmth, and laughter.

Frances attended St. Genevieves of the Pines in Asheville and The Fassifern School for Girls in Hendersonville, prior to attending St. Mary’s College in Raleigh, NC. She married right after that, spending the first eight years of marriage in Cashiers where she became an integral part of the community. She served on the altar guild at the Highlands Church of the Incarnation and The Church of The Good Shephard in Cashiers where she and Dick attended as a family all the years they lived in Cashiers.

While the children’s formal education was in Asheville, Cashiers, especially “Lonesome Valley,” would always be considered home to the Jennings family.

While living in Asheville, Frances immersed herself in volunteer work with the Junior League and later The Children’s Welfare League, which her mother had a part in starting at its inception in 1923, sewing clothes for an orphanage on Merrimon Avenue.

Frances, like her parents, sang in the Trinity Church Choir and served in other capacities at Trinity as well.

As an offshoot from her Trinity involvement, she was asked to sit on the board of Deerfield Episcopal Retirement Community in the late 70s during its early years. She could not have foreseen that she and Dick would move there in 1999 and enjoy 22 years as residents.

A friend to many, she was always ready to lend a listening ear, and give words of hope and encouragement. Those that knew Frances would say “You’ll never meet a more genuine or loving person.” Kindness was her essence and she will be missed by all.

The family will receive friends on Friday, August 13, 2021, from 4:30-6:00 PM at Groce Funeral Home at Lake Julian. The funeral service will be held at Trinity Episcopal Church, 60 Church Street, Asheville, on Saturday, August 14, 2021, at 9:30 AM with a coffee reception immediately following the service in the courtyard of Trinity. The graveside service will be held at 12:00 PM at Calvary Episcopal Churchyard in Fletcher following the coffee reception.