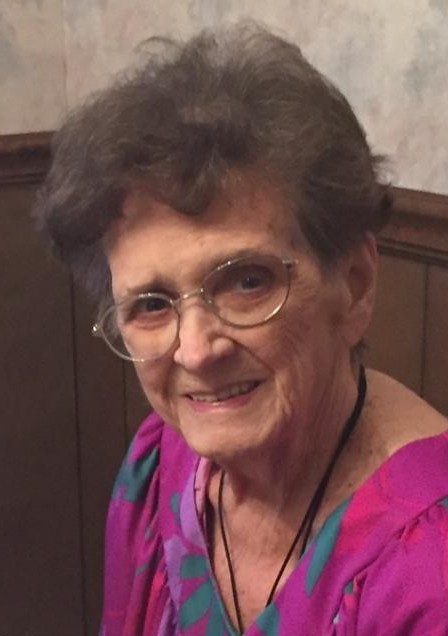 Frances Ward Thornton, "Frankie" of Asheville, died peacefully at her home on Wednesday, February 4, 2015. She was 87. A native of High Point, NC, Mrs. Thornton was the daughter of the late William Carl Ward and Hazel Pearl Farlow. She graduated from Meredith College, Raleigh, NC in 1949 with a degree in Fine Art. Afterwards, while working at the Fli Back Corporation in High Point, NC she met Wilburn Thornton, who also worked there, and told her friends "I have met the man I'm going to marry." They wed in 1950. Frankie and Wilburn moved to Asheville in 1950 where she was a homemaker and raised their three children. She was a member of Calvary Baptist Church where she played the piano and taught in the children's Sunday school department for over 25 years. She also sang in "Mr. Don's" choir for many years. Mrs. Thornton retired from the Asheville Bone & Joint Clinic after 25 years of service. She and Wilburn were extensive travelers, going to every US state, most of Europe, Scandinavia, China, Russia, Australia, Turkey, and Greece. A loving wife, mother and grandmother, she is survived by her children Lennie Thornton and wife Cindy, Asheville, Richard Thornton, Asheville, and Kim Thornton Bey and husband Arne, Sante Fe, NM. She is also survived by six grandchildren, Jackson Thornton and wife Becky, Will Thornton, Daniel and Jordan Leibman, Justin Thornton and Laurel Thornton. A Celebration of Mrs. Thornton's life will take place at 2:00 p.m. on Tuesday in the Candler Center of Calvary Baptist Church with Pastor Jeff Hayes and the Rev. Dr. Buddy Corbin officiating. A reception will immediately follow the service. In lieu of flowers, memorials may be made to Calvary Baptist Church, 531 Haywood Road, Asheville, NC 28806, or Four Seasons Hospice, 571 South Allen Road, Flat Rock, NC 28731. Groce Funeral Home on Patton Avenue is assisting the family.