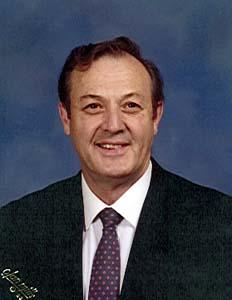 He was born in Watauga County to William Stewart Ford
and Lillie Ford on August 16, 1929.
He served 2 years in the US Army during the Korean
Conflict.  He became a barber and moved with his wife Dorsie
Bolick Ford to Black Mountain.  He served with 'Mac' McCoy
and Linwood Maney at Clamax Barber Shop. He became the
owner of 'Around Town Barber Shop'  with his partner Mike
Harris and has been in this shop since 1958.  He has been a
faithful member of the Black Mountain First Baptist Church for
many years, where he was a deacon and Sunday school
teacher.

In addition to his wife Dorsie, he is survived by  three
sons, Kenneth A. Ford of Swannanoa, David S. Ford and his
wife Christina of Black Mountain, and Benjamin L. Ford also
of Black Mountain; three grandchildren, Sage, Diana and
Cassidy Ford; one sister, Lucy Smith of Morganton; five
brothers, Alfred Ford of Newton, Ray Ford of Morganton,
James Ford of Hudson, and Paul and Walter Ford of Lenoir.

A memorial service will be held Monday at 11am at the
Black Mountain First Baptist Church with the Rev. Edgar
Ferrell and the Rev. Dr. Michael Hill officiating. Private
interment will be Tuesday at 10 am in  the WNC State
Veterans Cemetery.

The family will receive friends at the church following the
service Monday and  request memorials be made to the
Black Mountain First Baptist Church Building Fund, 130
Montreat Road, Black Mountain,  NC  28711 or to the Lottie
Moon Christmas Offering.

Groce Funeral Home on Patton Avenue is in charge of
arrangements.