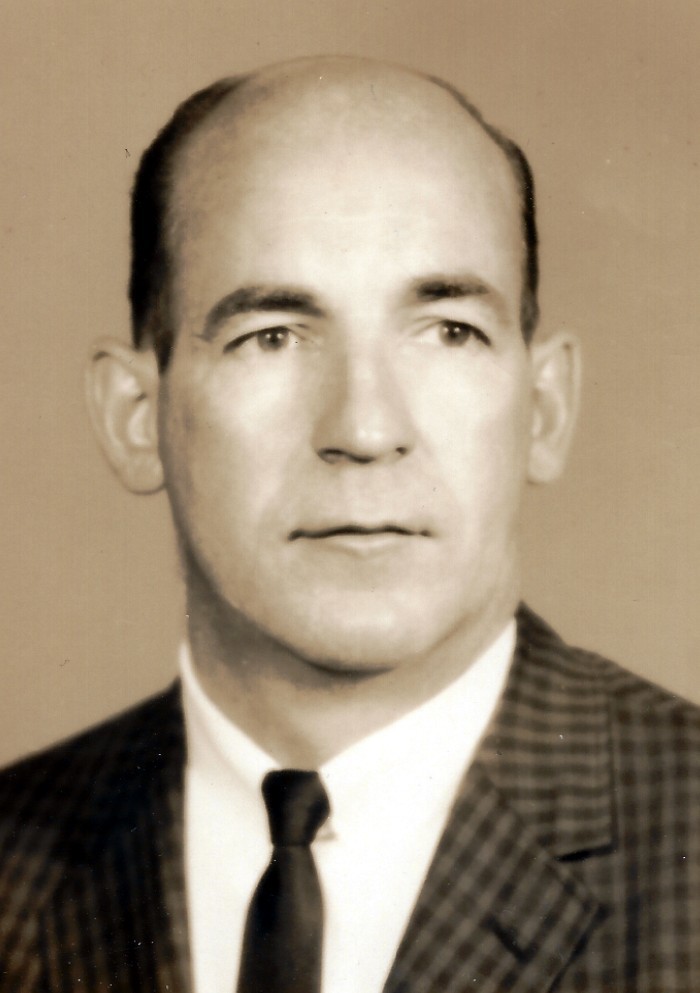 Frank W. Bennett of Arden, NC was born in Chattanooga, TN on December 5, 1923 to his belated parents, Lillian West and Walter Bennett. Frank was a World War II Veteran, serving in the 208th Combat Engineers Sp. Bn. Co. C attached to the First Allied Airborne. As a weapons and demolition specialist in the European Theater of Operation, Frank was in the June 1944 invasion of France where he landed on Utah Beach and marched through France to Belgium (Battle of the Bulge), then to Holland and was assigned to the 82nd Airborne as the first group to enter Berlin to meet the Russians on the Elbe River and to guard the American Sector. Frank was awarded the Victory Medal, Good Conduct Medal, The European Middle Eastern Theater Company Ribbon with four Bronze Stars, Four Overseas Bars and several other Achievement Medals. 69 years later, France awarded Frank with the French Legion Of Honor Award (The French Medal Of Honor) for volunteer services rendered. Frank was honorable discharged from the Army on October 28, 1945 and returned to the USA. In January 1946, Frank entered college at UNC Chapel Hill and graduated in 1950 majoring in Geology and Journalism. He later received his Masters Degree in Finance and Economics from the Sussex Institution of Technology in England. Frank was a Financial and Estate consultant with Raymond James Financial Services for 28 years. Frank served on The Research Board of American Biographical Institution. He was inducted in the Distinguished American Hall Of Fame in 1985, Who's Who in Finance and Industry in 1984, Who's Who of Contemporary Achievement and the International Who's Who of Intellectuals in 1986. Frank was a man of many talents. He was a speleologist, geologist, a novelist, a poet and inventor. He loved sports (handball was his favorite) and was an avid sportsman. He was the beloved husband to his wife, Martha for 66 years. He was a loving father to his four sons, Frank (Connie), Robert (Eve), Rieley (Eve) and Stuart (Linda). He loved his six grandsons, four granddaughters and three great-grandchildren, as well as sister, Lucille Rights of Stuart, FL. A graveside service will be held at 1:00 PM on Sunday, July 24, 2016 at Calvary Churchyard with Reverend Dale Banks officiating.The family will receive friends from 6:00-8:00 PM on Saturday, July 23, 2016 at Groce Funeral Home at Lake Julian. The family would like to extend a special thanks to Roxi and Dr. Romano at CarePartners Hospice for their loving care of Frank.