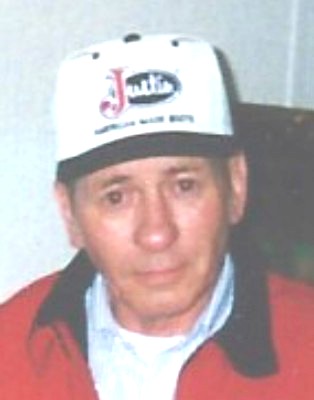 Fred Jesse King, Jr., 71, of Jones Road, Leicester, died Saturday, November 24, 2012, at his home. Junior was born September 24, 1941, in Buncombe County and was a son of the late Fred Jesse King, Sr., and the late Lissie Turner King. He was also preceded in death by a sister, Kathleen Worley. Mr. King was a long time employee of Three Mountaineers and Ethan Allen. He is survived by his wife, Mary Jones King; a step-son, Keith Cole; sisters, Gail Moore and her husband, Max, of Erwin, TN and Marie Ketner of Fairview; a brother, Wayne King and his wife, Sandra, of Leicester; a brother-in-law Clyde Worley of Leicester, three nieces and seven nephews. Funeral services will be at 2:00 p.m. Monday in the Patton Avenue chapel of Groce Funeral Home with the Rev. Jimmy Page officiating. Burial will follow at Big Sandy United Methodist Church Cemetery. The family will receive friends at the funeral home one hour prior to the service. Memorials may be made to the CarePartners Hospice Solace Center, PO Box 25338, Asheville, NC 28813.