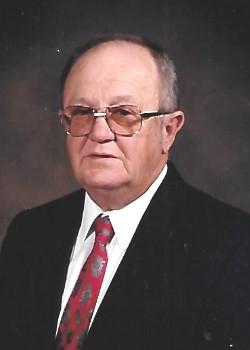 He was born on May 22, 1931, in Gastonia, NC, to Fred K., Sr. and Mae Morris. He was preceded in death by his parents; his sisters, Jerry Kipler and Sarah Barbour; his son, Fred Kenyon Morris, III; and his wife of 70 years, Mary Ann.

Fred served as a full-time Baptist minister for 20 years and later served various churches on an interim basis. After leaving the pastorate, he held counseling positions at Piedmont Area Mental Health in Cabarrus and Randolph counties specializing in Alcoholism and Addiction Recovery. He is a graduate of North Greenville Junior College, Furman University, and Southeastern Baptist Theological Seminary, where he received the Master of Divinity degree.

Fred was a lifelong Baptist and was active at the First Baptist Church of Asheville and a member of the Seekers Sunday School class. He was also very active in the Mt. Hermon Lodge (#118) and held the title of Worshipful Master. He was the past master of the lodge and a master mason for 37 years, beginning at the Cabarrus Lodge (#720).

Fred never met a stranger. He was always ready with a story or two to share. His family was his delight. Though long-retired, Fred kept busy with neighborhood, church, and Lodge activities. He was an avid reader. In his kitchen, he loved preparing and sharing long-time Southern favorites. He enjoyed helping take care of his grand-dog, Sadie, and through walks with Sadie in his daughter’s neighborhood came to know the neighbors better than she did. Most everyone smiled when they encountered Fred and walked away warmed by the twinkle in his eyes. He will be sorely missed.

His memorial service will be Sunday, June 20, 2021, at 2:00 p.m., in the chapel of First Baptist Church of Asheville. In lieu of flowers, memorial gifts may be made to the Shriner’s Hospital for Children.