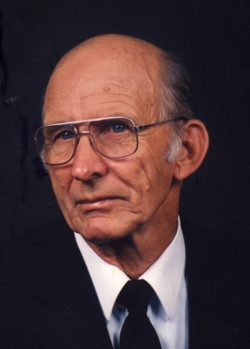 Gedwin Keith Morgan, 80, of 60 Lance Rd., Candler, died on Monday, October 20, 2008, at the John F. Keever Hospice Solace Center. Mr. Morgan was a native of Buncombe Co., and was a son of the late Lake and Stella Peebles Morgan. He was also preceded in death by his wife, Billie Lance Morgan, who died in 1995; sisters, Jane Blazer and Iva Jean Fox, and brother, Clayton Morgan. Mr. Morgan was formerly employed at American Enka, and retired as a security guard at A.B. Tech. He was a veteran of the U.S. Marine Corps. He was also a member of White Rock Baptist Church. Mr. Morgan is survived by his daughters, Tina Smith and husband Vaughn, and Trina Lane and husband Nelson, all of Candler; sisters, Arletta Singleton, and Dean Hall, both of Candler; and grandchildren, Kati, Jacob and Matthew. A graveside service for Mr. Morgan will be at 2:00 p.m. Thursday at White Rock Baptist Church Cemetery with the Rev. Greg Metcalf officiating. His family will receive friends for one hour prior to the service at the church. Memorials may be made to the John F. Keever Hospice Solace Center, P.O. Box 25338, Asheville, NC 28813.