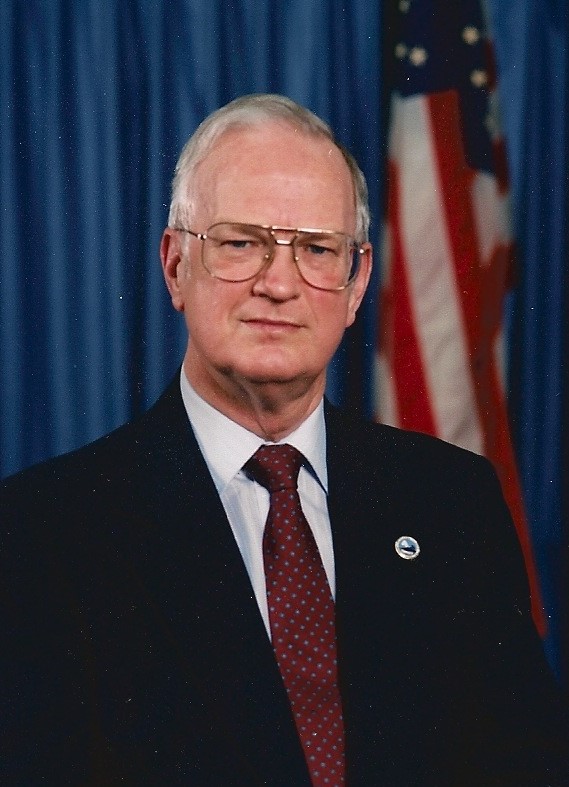 Dr. Gene Edward Rainey passed from this life on August 8 at age 86. Devoted husband, father, teacher, preacher and public servant, Dr. Rainey was a resident of Asheville for more than fifty years.

Gene was born November 28, 1934, in Angleton, Texas, to parents of humble means. His father worked in the oil fields, and his mother was a full-time homemaker. As a young man in East Texas, Gene worked beside his father on the family’s cattle ranch, where he had many chores that taught him the value and discipline of honest hard work, an attribute that he embodied to the end of his days. Gene once told his sister, “Dad taught me to work, and Mom taught me to love God.”

After graduating from high school, Gene attended Harding College, a Christian university in Searcy, Arkansas. His fields of interest ranged from Psychology to Bible to Political Science. After his junior year, Gene enrolled in George Washington University where he attended evening classes and received a BA in Political Science. He also attended Georgetown University School of Foreign Service. While in D.C., he served in the Office of Naval Intelligence from l954 to 1957.

Gene returned to Harding in the fall of 1957 and earned a BS in Public Affairs. While there, he met and married Dorma Lee Rogers, a student and employee in the Public Relations Department. In 1960 Gene received his MA from Fletcher School of Law and Diplomacy, and in 1966 his PhD from American University. The mid-60’s was a time of great change in Gene’s personal and professional life. Living in the nation’s capital afforded him the opportunity to observe politics closely, where he participated in a number of historic events including Dr. Martin Luther King’s March on Washington. The Raineys’ daughter Cheryl was born in 1964.

Prior to joining Ohio State University in 1966 as assistant professor, Gene was instructor and assistant professor of Political Science at Harding College, Assistant Dean of American University’s School of International Service, and Associate Dean of American University’s Graduate School. In 1969, the Raineys moved to the beautiful mountains of western North Carolina, where Gene took a teaching position at the University of North Carolina at Asheville. One of his primary interests was the historical relationship between politics and religion.

In 1972, Dr. Rainey became Chairman of UNCA’s Political Science Department. That same year, Gene and Dorma welcomed a baby boy, Eric, to complete their family. During his tenure, Gene served twice as Chairman of the University Senate. In 1999, he was chosen as Feldman Professor for service to the community and university. Gene retired from UNCA in 2003, having dedicated 34 years in teaching there. At his farewell dinner, Gene was inducted into the Order of the Long Leaf Pine, a special honor bestowed by the governor on citizens of North Carolina who have demonstrated outstanding contributions to their community. In his retirement, Gene continued to be an active professor emeritus, even working out in the campus gym into his 80s.

Dr. Rainey is the author of two books: Contemporary American Foreign Policy: The Official Voice (1959) and Patterns of American Foreign Policy (1975). Many of his articles on politics and religion have been published in scholarly journals. For a time, Gene hosted a local television program on local, national and world politics.

Gene had a heart for public service. While working full-time in the teaching profession for 44 years, Dr. Rainey held several civic positions. In the political arena, he served as a member of the Asheville City Council from 1975 to 1979 and Chairman of the Buncombe County Commissioners from 1988 to 1996. He quips that the greatest accomplishments during his tenure included the building of a new jail and a larger landfill. Gene chaired Land of the Sky Regional Council for two terms, and served on the Buncombe County Juvenile Crime Prevention Council and Asheville’s Model Cities Commission.

Gene and Dorma both had their realtor’s license and established two companies, Rainey Realty and Gracious Living, the latter which was used in part as a real estate ministry to help people who were losing their homes to foreclosure. Gene and Dorma helped some 40 families remain in their house.

While serving in local politics and during his years of teaching, Dr. Rainey developed a sincere concern for young people. In 1998, he founded Our Next Generation, Inc., a non-profit corporation for the purpose of establishing youth centers in Western North Carolina. In 2001, he received a $500,000 grant from the U.S. Department of Juvenile Justice to implement a YouthBuild program locally. Some sixty students participated in the program. YouthBuild is a national organization where high school dropouts are trained in construction skills while working toward their GED. In the early 2000s, Gene was appointed to serve on the Governor’s Crime Commission. He also served as president of the Kiwanis Club of Asheville.

Since his teen years, Gene served churches of Christ in various leadership roles. He was a full-time or part-time pulpit minister for congregations in Arkansas, West Virginia, Massachusetts, Maryland and North Carolina. He taught youth and adult classes, was a song leader, and served as a church elder. He was a featured guest speaker at churches of all denominations in cities where he lived. Locally, he is a past board member of Asheville-Buncombe Cooperative Christian Ministry and a member of Full Gospel Businessmen’s Fellowship. Gene spent many years developing lessons for adult classes based on books of the Bible. He completed study guides on some 40 books and used the dialogue method of teaching that involved class discussion, which he found popular with college students. In his last decade, Gene traveled around western North Carolina serving as itinerant preacher or teacher for small churches of Christ in the area, including Dysartsville, Candler and Black Mountain.

Gene is survived by his loving and devoted wife of 62 years, Dorma. Their daughter, Cheryl Billante, and her family reside in Austin, TX. Their son, Eric, and his children live in Raleigh. Gene’s three grandchildren, Zachary Billante, and Penelope and Hugo Rainey, were the delight of his later years. In 2018, Gene and Dorma moved into the Harmony at Reynolds Mountain retirement facility, where they made many friends and were active in the facility.

Gene was laid to rest in a private family ceremony at Lewis Memorial Cemetery. A public memorial service followed by a reception will be held Sunday, November 21, 2:00-4:00 at Biltmore Church of Christ, 823 Fairview Street in Asheville. In lieu of flowers, the family respectfully requests donations in Gene’s memory be made to the church, Kiwanis Club of Asheville or UNCA.