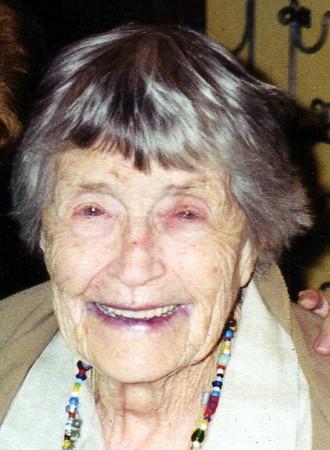 Geneva Justus Sorrells, 95, of 34 Garden Circle, Asheville, died Friday, April 21, 2006, at Flesher’s Fairview Health Care Center. Mrs. Sorrells was born in Henderson County and was married to Clyde Louis Sorrells, who died in 1975. She was also preceded in death by a daughter, Dorothy Jane “Dottie” Hipps and a son, Danny Sorrells. She was a member of Temple Baptist Church. Surviving are her son, Dick Sorrells of Jacksonville, FL; a son-in-law, Judd Hipps of Brevard; a sister, Mitzi Gaines and her husband, Chuck, of Charlotte; seven grandchildren, ten great-grandchildren, and six great-great-grandchildren. Funeral services will be at 11:00 a.m. Monday in the Patton Avenue chapel of Groce Funeral Home with the Rev. John T. Tiller officiating. Burial will be at Forest Lawn Memorial Park. Her family will receive friends at the funeral home one hour prior to the service.