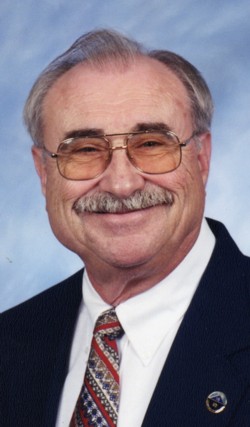 George Casstevens, 66, a native of Yadkin Co., NC, long-time resident of Winston-Salem, and four and a half year long resident of Candler, NC went home to be with Jesus and was released from his long physical battle on Thursday, June 21, 2007. A son of Catherine Crissman Casstevens, and the late George Casstevens, he was a multi-talented man: a baseball player, natural teacher, farmer, and computer executive, first at Integon and later for Lowe’s. As an officer in the Lowe’s company, he managed the corporate computing center in North Wilkesboro until his retirement. Following that, he worked as an ATM technician in Winston-Salem and in Asheville. Most importantly, George lived everyday with the integrity, wisdom and compassion of a Christian man. He had a special gift to reach out with humor and understanding to others, and was able to bring the best out in them. He knew how to give and receive love and tenderness. He loved discovering new places and making beautiful memories. He served his Lord and his church family as a trustee at both Mt. Carmel United Methodist Church, of Winston-Salem, and at Montmorenci United Methodist Church, of Candler. His life is an example of generosity, constancy, perseverance, and faith in action. In addition to his mother, George is survived by his wife, Stephanie; his son and daughter-in-law, Brad and Paula Casstevens, all of Yadkinville; his sister and brother-in-law, Frances and Jerry Wells; and niece and nephew, Jennifer and Shane Wells, all of Winston-Salem. A funeral service will be at 2:00 p.m. Sunday at Montmorenci United Methodist Church, of Candler, with the Revs. A. Frank Gordon and Lee Ellis officiating. Interment will follow at Pisgah View Memorial Park. His family will receive friends one hour prior to the service at the church. In lieu of flowers, memorials may be made to the Montmorenci United Methodist Church Handicapped Access Fund, P.O. Box 610, Candler, NC 28715. Groce Funeral Home on Patton Ave. is assisting the family.