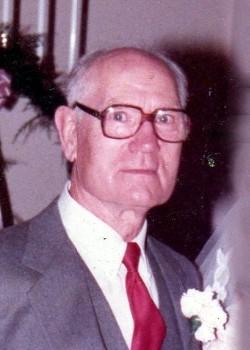 George Reginald Randall 95, of 75 Frances Street passed away peacefully Monday, January 16. Mr. Randall was born in Reading, England in 1916 were he was educated. He was a veteran of World War II having served with the British Army's Royal Tank Corps in the North African campaign and participated in the battles of El Alamein. Mr. Randall came to the US in 1948 and first settled in Charlotte before moving to Asheville in 1955. He became a remodeling contractor with many pieces of fine work in all corners of WNC. Mr. Randall was also very involved with pioneering the sport of soccer in WNC and served as the first UNCA soccer coach. He is preceded in death by wife Bernice, children Joan, Peggy, Diane and Peter. He is survived by one son Alfred. Mr. Randall also is survived by seven grandchildren, 11 great-grandchildren and four great-great-grandchildren. A gathering of friends and family will take place at 3:00 PM Saturday, January 21 at Groce Funeral Home in West Asheville.