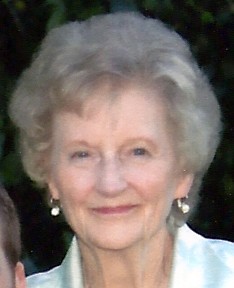 Arden – Georgia "Jo" McMahon Reeves, 90, of Arden, died Tuesday, June 4, 2013 at John F. Keever, Jr. Solace Center. A native of Knox County, TN, she was a daughter of the late Thomas and Leona Wells McMahon. Jo was also preceded in death by her husband, R. Fred Reeves who died in 1972 as well as one brother and four sisters A member of Avery's Creek United Methodist Church, Jo was a loving mother, grandmother and great-grandmother. She loved her family, her flowers, gardening, crafts and cooking. She will not only be missed by her family but also by her many, many close friends. The family wishes to express a special "Thank You" to the staff of The Oaks of Sweeten Creek and John F. Keever, Jr. Solace Center for their heartfelt compassion and care given towards Jo. She is survived by two daughters, Brenda Humphrey and her husband, John, Faye Brinson and her husband, Irby and one son, Ted Reeves and his wife, Rebecca, all of Arden; one sister, Selma Frisbee of the Sandy Mush Community; six grandchildren, Kris, Allen, Chad, Annie, Heather and Sara; eight great-grandchildren as well as several nieces and nephews. A funeral service will be held at 11:00 AM on Friday, June 7, 2013 at Avery's Creek United Methodist Church with Pastor Frank Ramos officiating. The graveside committal service will be held at 2:30 PM on Friday at Little Sandy Mush United Methodist Church Cemetery. The family will receive friends from 6:00-8:00 PM on Thursday, June 6, 2013 at Groce Funeral Home at Lake Julian. Flowers are appreciated, or for those who desire, memorial donations may be made in Jo's memory to Avery's Creek United Methodist Church c/o Sara McHone, 18 Fieldstone Court, Arden, NC 28704.