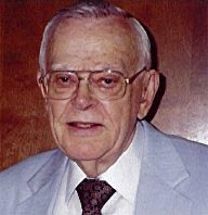 A native of Whitefield, NH, Mr. Stoughton was a son of the late Allen Fairfield Stoughton and Mildred Shaw Stoughton.

Mr. Stoughton was a graduate of the University of Maine, Orono in engineering. For twenty-eight years he was employed by Globe Union, Inc. in Wisconsin. Also, he had served as manager of corporate facilities at Johnson Controls. He had formerly been employed with Booz, Allen & Hamilton, a consulting firm in Chicago, IL.

For thirty-six years his home was in Milwaukee before retiring to Brevard, NC in 1986. In Brevard, he was active in the First United Methodist Church and a member of Glen Cannon Country Club as an ardent golfer. In June 1997, he and his wife moved to Givens Estates in Asheville and became members of Skyland United Methodist Church.

Mr. Stoughton is survived by his wife of sixty plus years, Harriet Newcomb Stoughton; a daughter and her husband, Nancy and Bruce Larson of Westminster, MD; a grandson, Eric Amory Larson of Houston, TX and a brother, Ralph Stoughton of Duxbury, MA.

A memorial service will be conducted on Tuesday, October 23 at 3:00 PM in the Thomas Coke Chapel, Asbury Hall at Givens Estates. Reverend Arnie Corriher will officiate.