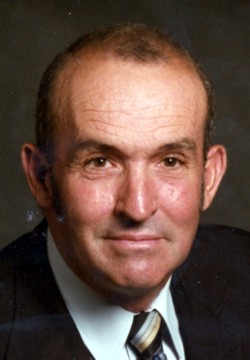 Gilmer Teague, 82, of 101 Teague Rd., Marshall, died Monday, February 12, 2007 at Memorial Campus Mission Hospitals. Mr. Teague was born in Madison Co., and was a son of the late A.E. and Altha Plemmons Teague. He was also preceded in death by his sister, Mabel Teague, and brother, Elmer Teague. Mr. Teague was a member of Redmon Baptist Church, where he was a Deacon for many years. He is survived by his wife of 55 years, Modeen Lewis Teague; two daughters, Sheila Teague McPeters and husband Roger, of Marshall, and Teresa Teague Lee and husband Larry, of Greenville, SC; grandchildren, Shannon McPeters, Melissa McPeters Herzog, and Stephen Lee; great-grandchildren, Ashley and Hannah Smith, and Emily and Ethan Herzog. Funeral services will be at 2:00 p.m. Friday at the Groce Funeral Home chapel on Patton Ave., with the Revs. Ray Hipps and Cecil Hopps officiating. Interment will follow at Redmon Cemetery. His family will receive friends at the fellowship hall of Redmon Baptist Church following the graveside service. The family would like to give special thanks to Dr. Hal Hemme. Memorials may be made to the American Lung Association of North Carolina, 3801 Lake Boone Trail, Suite 190, Raleigh, NC 27607, or to Hospice of Madison, P.O. Box 69, Marshall, NC 28753.