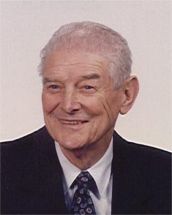 Arden - Graham Lewis Davis, 79, of Arden, died Sunday, September 29, 2002, in a local hospital. A lifelong resident of Buncombe County, he was son of the late Dreyfus and Gertrude Brigman Davis. Mr. Davis was a retired teacher from Enka High School where he touched the lives of many students. He established the first auto mechanic program in Buncombe County at Enka High School. Following his retirement he served as a substitute teacher in the Buncombe County School System. He served as a Marine during World War II, including the invasion of Okinawa. He was a member of Arden First Baptist Church. Surviving is his wife of 59 years Roselyn Trexler Davis; two daughters, Judy Davis Huntley of Flat Rock and Jennifer Davis Self of Charlotte; four grandchildren, Todd Johnson of Florida, Toby Johnson of Atlanta, Courtney Snyder of Greenville, NC and Cameron Self of Charlotte; one great grandson, Davis Johnson and one brother, James B. Davis of Asheville. The funeral service will be held at 2:00 p.m. Tuesday in the chapel of Groce Funeral Home at Lake Julian with the Rev. Stephen Summers officiating. Burial will follow at Green Hills Cemetery with military rites conducted by the Buncombe County Veterans Council Memorial Team. The family will receive friends from 7 until 8:30 pm Monday at the funeral home on Long Shoals Road.