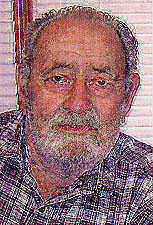 Green King, Jr., 81, of 27 S. Turkey Creek Rd., Leicester, died on Friday, January 15, 2010, at his home. Mr. King was born in Buncombe Co., and was a son of the late Green and Cordelia Sharpe King. He was preceded in death by a son, Ricky King, and sister, Rosalie. He worked as a truck driver for 37 years. He retired after 22 years of service with Carolina Freight Carriers. Mr. King enjoyed gardening, his pets, and working on old cars. He attended Leicester School, and was a veteran of the U.S. Army. Mr. King was a member of Beulah Baptist Church. He is survived by his wife of 60 years, Gelene Jennings King; three daughters, Linda Lee and companion Joseph Vescovi, of Waynesville, Sharon King and Buck, of Florida, and Wanda Stines and husband Gilbert, of Arden; son, Larry King and wife Jean, of Marion; sisters, Virgie Sams and Wilma Franklin; brothers, Sanford, Clifford, Donald, and Robert King; 10 grandchildren, and 21 great-grandchildren. Funeral services will be at 2:00 p.m. Monday in the Patton Ave. chapel of Groce Funeral Home with CarePartners Hospice Chaplain Buddy Corbin, and the Rev. Chris Newcombe officiating. Interment will follow at Green Hills Cemetery. Serving as pallbearers will be Warren Fieffer, Larry King, Gilbert Stines, Buck, Barry King, Daniel Martin, and Joseph Vescovi. The family will receive friends at the funeral home one hour prior to the service. Flowers will be appreciated, or memorials may be made to CarePartners Hospice, P.O. Box 25338, Asheville NC 28813.