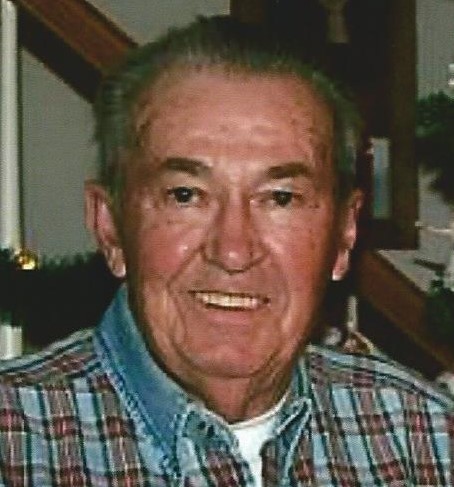 He was born in Fairview on June 17, 1933, the youngest and only surviving child of the late Roy and Dora Nesbitt. In addition to his parents, he is predeceased by his wife Virginia Dare McElroy; sisters, Irene Lytle, Beatrice Marlow, Edith Marlow, Dorothy Grant, Martha Marlow and Virginia Lytle and brother Garland Nesbitt.

Guy is survived by brothers-in-law Eugene Lytle and Gene McElroy and his wife, Diane; 20 nieces and nephews and extended family.

Guy served our country while enlisted in the US Army. He built and was the owner of Industrial Sheet Metal. In his leisure time he and his wife were avid NASCAR fans. Starting as a teenager, he bought and sold so many cars during his lifetime he could not remember the final count. He was proud of the no-hitter he pitched playing for Fairview High School.

A kind, easy-going man, Guy was well liked by all who knew him and will be missed by many. He was close to his long-time neighbors and friends, especially Harry and Patricia Powell.

The funeral service will be held on Thursday, April 22, 2021 at 2:00 pm at Groce Funeral Home Lake Julian. Conducting the service are Jackie Collins, Pastor at Ridgeway Baptist Church, Eric Hill, Pastor at Pleasant Hill United Methodist Church and Martin Lytle, Guy’s nephew. Burial will be at the cemetery of Pleasant Hill United Methodist Church where Guy and his late wife, Virginia, were members.

The family will gather with friends one hour prior to the funeral service at the funeral home from 1:00 to 2:00.

Due to COVID restrictions, masks are required and social distancing recommended.

Expressions of sympathy may be made to Hospice or to the charity of your choice.