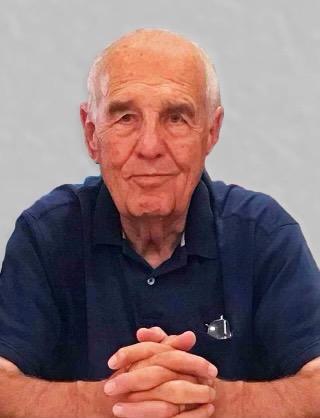 Olin was born in Berwick, LA, on August 9, 1934, and grew up in New Iberia, LA. He was the son of the late Albert Maurice and Barbara Olin Desonier. He was an Eagle Scout and quarterback and captain of the New Iberia High School football team. He started college playing football for Virginia Military Institute, then earned a degree in Chemistry at the University of Southwestern Louisiana in Lafayette. He earned his D.D.S. degree at Loyola University in New Orleans, then practiced dentistry in the U.S. Air Force and was honorably discharged as a Captain. In 1961, he opened a private practice in general dentistry in Franklin, LA, where his five children grew up.

In 1980, Olin and Jane moved to New Orleans, where he enrolled in the LSU School of Dentistry Graduate Prosthodontics Program and then joined the faculty. He was a favorite professor, showing his students the same devotion, encouragement, understanding, and mentoring he brought to fatherhood. His students praised him for the learning atmosphere he created, the practical information he provided for their own practices, and his compassion and patience.

In 1985, Olin reduced his teaching to part-time, and he and Jane moved to Lafayette, LA, where he again opened a private practice, this time focused on helping to relieve the pain his patients suffered from TMJ. They missed New Orleans, so he sold the practice to return to the city. When Olin retired from teaching, he and Jane moved to the cooler climate of Asheville, where Jane could pursue her art career. After over 15 years, and a few extra harsh winters, they tried to move “home” to warmer Louisiana a few times but kept returning to this other city they’d grown to love. Ultimately deciding Asheville was, in fact, “home,” they moved into the Givens Senior Living community for their last years together.

Olin loved exploring the mountains with Jane, to take pictures for her landscapes, and with his children, stepchildren, and grandchildren, to play. He also enjoyed tennis (even into his 80s), cycling, fishing, and landscaping. Like the many different flowers he planted in all the different yards of all the different houses he and Jane lived in, those who knew Olin have his many life lessons firmly planted in their hearts. And the void his passing has left in our hearts will be filled by the unconditional love he planted as well.

Family and friends are invited to a memorial service on Thursday, September 2, at 2:00 at the Pulliam Chapel in the Givens community. In the spirit of celebrating his life, the family requests, in lieu of flowers, contributions to the Prostate Cancer Foundation (https://www.pcf.org) or the Western Carolina Rescue Ministries (PO Box 909, Asheville, NC 28802).