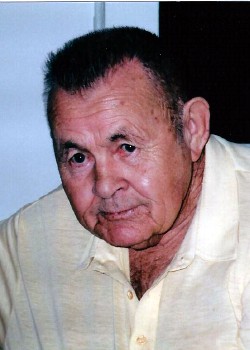 Harold Leonard Pegg, 89, of Weaverville, died on Wednesday, September 12, 2012, at Emerald Ridge Rehab and Care Center. A native of Buncombe Co., Mr. Pegg was a son of the late Milton and Elizabeth Clinton Pegg. He was also preceded in death by his wife of 61 years, Louise Davis Pegg, who died in 2003. Mr. Pegg is survived by his daughters, Barbara Kent of Weaverville, and Myrtle Brooks of Asheville; son Stacy Lewis of Ft. Mills, SC; 3 grandchildren; and 3 great-grandchildren. A graveside service for Mr. Pegg will be at 2:00 p.m. on Sunday at Green Hills Cemetery with the Rev. Nelson Ponder officiating. Groce Funeral Home on Patton Ave. is assisting the family.