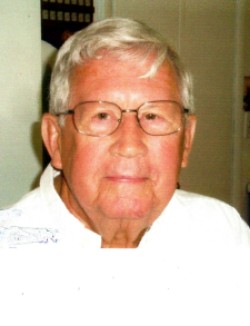 Harry E. Ramsey, a native of the Walnut community in Madison County who was the face of Western Carolina University in Asheville for more than two decades and a leader in providing higher education opportunities for thousands of Western North Carolina students, passed away Saturday, July 9, 2011. He was 77. Ramsey retired from WCU on Dec. 31, 1997, after 33 years of service to the university. During his career, he held numerous faculty and administrative positions, but he was best known as the statesman who strengthened WCU’s relationship with the Asheville community and guided the relocation of WCU’s programs from Oteen to the campus of the University of North Carolina at Asheville. As assistant to the chancellor, he served as director of WCU Programs in Asheville. In that role, he was the on-site administrator of all activities related to WCU’s resident center in Asheville, and he was WCU’s liaison with UNC Asheville, Asheville-Buncombe Technical Community College, the Asheville Graduate Center, the Asheville Area Chamber of Commerce, many civic organizations and the community at large. He was born Nov. 9, 1933. A 1952 graduate of Walnut High School in Madison County, he moved to Detroit following high school. From the steel mills of Detroit he joined the U.S. Army, stationed at Schofield Barracks in Hawaii, where he served three years in the 25th Division of the Signal Corps. Ramsey enrolled at Western Carolina in 1956, graduating with high honors in 1959 with a bachelor’s degree in education. He earned his master’s degree in social work in 1961 from Florida State University, where he studied under a National Institute of Mental Health Scholarship. He worked for three years as a clinical social worker with the Veterans Administration, beginning in Tuscaloosa, Ala., in 1961 before transferring to the VA Hospital in Salisbury in 1963. He began his career at WCU in 1964 as a faculty member in the Developmental Evaluation Clinic of the Department of Speech and Hearing. A member of the Academy of Certified Social Workers, he led the university’s establishment of an undergraduate program in social work. From 1972 to 1976, he was programs coordinator for WCU’s School of Nursing and Health Sciences, and he became assistant to the chancellor for WCU Programs in Asheville in 1974, one of the first administrative appointments by then-Chancellor H.F. “Cotton” Robinson. In addition, he was acting dean of the School of Health Sciences and Services in 1975-76 and acting dean of the School of Nursing and Health Sciences in 1978-79. Ramsey served on numerous university committees, including a term as chairman of WCU’s Faculty-Administration Senate. Recipient of WCU’s Paul A. Reid Distinguished Service Award for administrative staff in 1994, Ramsey was an active member of the Western North Carolina community. He was chairman of the Jackson County Study Commission on Mental Retardation; three-term president of the Jackson County United Fund; and member of the Allied Health Advisory Committee, N.C. Board of Higher Education, planning committee of the N.C. United Way, board of directors of Mountain Projects Inc., and the Private Industry Council of Buncombe County. A past recipient of the Asheville-Buncombe United Way Volunteer of the Year Award, he also was a university consultant to Thom’s Rehabilitation Hospital, a participant in the inaugural Leadership Asheville program, and a member of the Asheville City and Buncombe County Schools Advisory Committee on Vocational/Occupational Education. He was a longtime member of the Catamount Club and steadfast supporter of WCU athletics. Upon Ramsey’s retirement from WCU, then-Chancellor John Bardo called him “the epitome of the dedication, the service and the loyalty that an alumnus can render to his alma mater.” In presenting him with the Reid Distinguished Service Award, then-Chancellor Myron Coulter praised “his deft administrative style, which won the respect of both the UNCA and WCU faculty members and administrators.” In addition to his career achievements, he was a devoted family man and was known as a kind generous, loving and cherished dad, paw-paw, brother and friend. He is survived by daughter Gina Price and her husband, Pat, of Mount Holly; son Marty Ramsey, of Cullowhee; former wife and mother of his children, Sue Ramsey, of Pineville; sisters Wanda Cordell and husband Carroll, and Sandra Clark and husband Maurice, of Asheville; brothers Boyce Ramsey and wife Janice, of Asheville, and Donnie Ramsey and wife Ann, of Weaverville; granddaughter Leigh Anna Helms and husband, Justin, and great-grandson Tucker Helms, of Belmont; sisters-in-law Peggy Ramsey and Elene Ramsey; special friend and confidante Shugy Land; and numerous nieces, nephews, great-nieces, great-nephews, cousins and friends. He was preceded in death by his parents, Jeter Pritchard Ramsey and Cora Lee Ensley Ramsey; sisters Francis and Ruth Ramsey and Joyce Dennett; and brothers Elmer, Vernon, Joe and Gil Ramsey. Visitation and services will be held Thursday, July 14, 2011, at Groce Funeral Home at 1401 Patton Ave. in Asheville. Visitation will begin at 10:30 a.m. and services will begin at 12:30 p.m. A graveside service will follow at 2 p.m. at the VA Cemetery in Black Mountain.