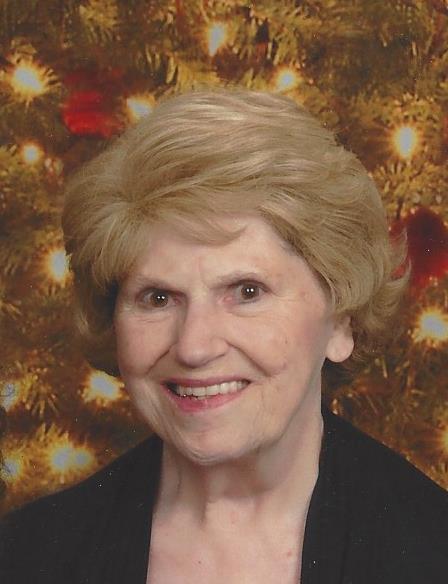 Helen June Reagan, 79, of Arden, died Monday, March 28, 2016 at the Oaks At Sweeten Creek. A native of Buncombe County, she was the daughter of the late Garfield Wood Jr. and Helen Butler Wood. She was also preceded in death by her husband, Donald Reagan, who died in 1993. June was a member of Skyland Baptist Church for over 40 years and had retired from Mission Hospitals. She is survived by one daughter, Robin DeVaynes of Arden; one son, Tracy Reagan and his wife, Alicia, of Hendersonville; four grandchildren, Chelsea, Kenny, Kolby and Ashley; one great-granddaughter, Jaclyn, as well as June's canine companion, "Breezy". A funeral service will be held at 2:00 PM on Thursday, March 31, 2016 in the Chapel of Groce Funeral Home at Lake Julian. The family will receive friends at the funeral home on Thursday from 1:00-2:00 PM. Interment will follow at New Salem Cemetery. Flowers are appreciated, or for those who desire, memorial contributions may be made in June's memory to a charity of one's choice.