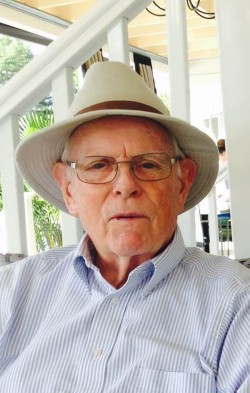 He was preceded in death by his wife of 67 years, Mary Haywood Nolan, and his son, Richard A. Nolan.

He is survived by his children, Lorrie Masset (Dennis), John Nolan (Camala) and Terri Rogers (Reginald), his seven grandchildren and six great-grandchildren.

Herb was a Pharmaceutical Salesman for Marion Laboratories until he first retired at 42 years old and later was the Town Clerk in Dillsboro, N.C. for 28 years upon his second retirement. He enjoyed fishing and loved to read. Herb never met a stranger.

By his request there will be no formal service but he will return to Webster Groves, MO to be with his wife, Mary.

In lieu of flowers or donations Herb would want us all to hold our families near and dear.