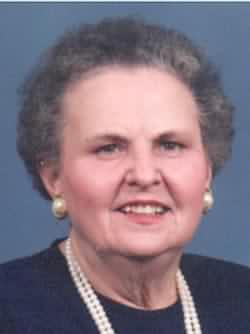 Hester Deitz Suttle, 78, of Asheville, died Thursday, November 7, 2002, at a local nursing home. A native of Jackson County, she was a daughter of the late Ransom and Mamie Buchanan Deitz. She was also preceded in death by her husband, Oliver C. Suttle, Jr. She was a bookkeeper for Merchant Construction Company (Price-Ray Construction) for 41 years. Following her retirement she served as financial secretary at Calvary Baptist Church, where she was a member and was a member of the Naomi Sunday School Class. Mrs. Suttle is survived by a daughter, Annetta S. Hensley and her husband William of Candler; two sisters, Phyllis Watson of Asheville and Brittie Buchanan of Sylva; a brother, Wiener Deitz of Asheville and two grandchildren, Nicholas Hensley and Jacquelyn Hensley, both of Candler. Funeral services will be 11:00 am Monday in the Patton Avenue chapel of Groce Funeral Home with the Revs. Dr. Buddy Corbin and Donald N. Welborn officiating. Burial will follow at Green Hills Cemetery. The family will receive friends from 5:00-7:00 pm Sunday at the funeral home and request that memorials be made to Calvary Baptist Church Building Fund, 531 Haywood Road, Asheville, NC 28806.