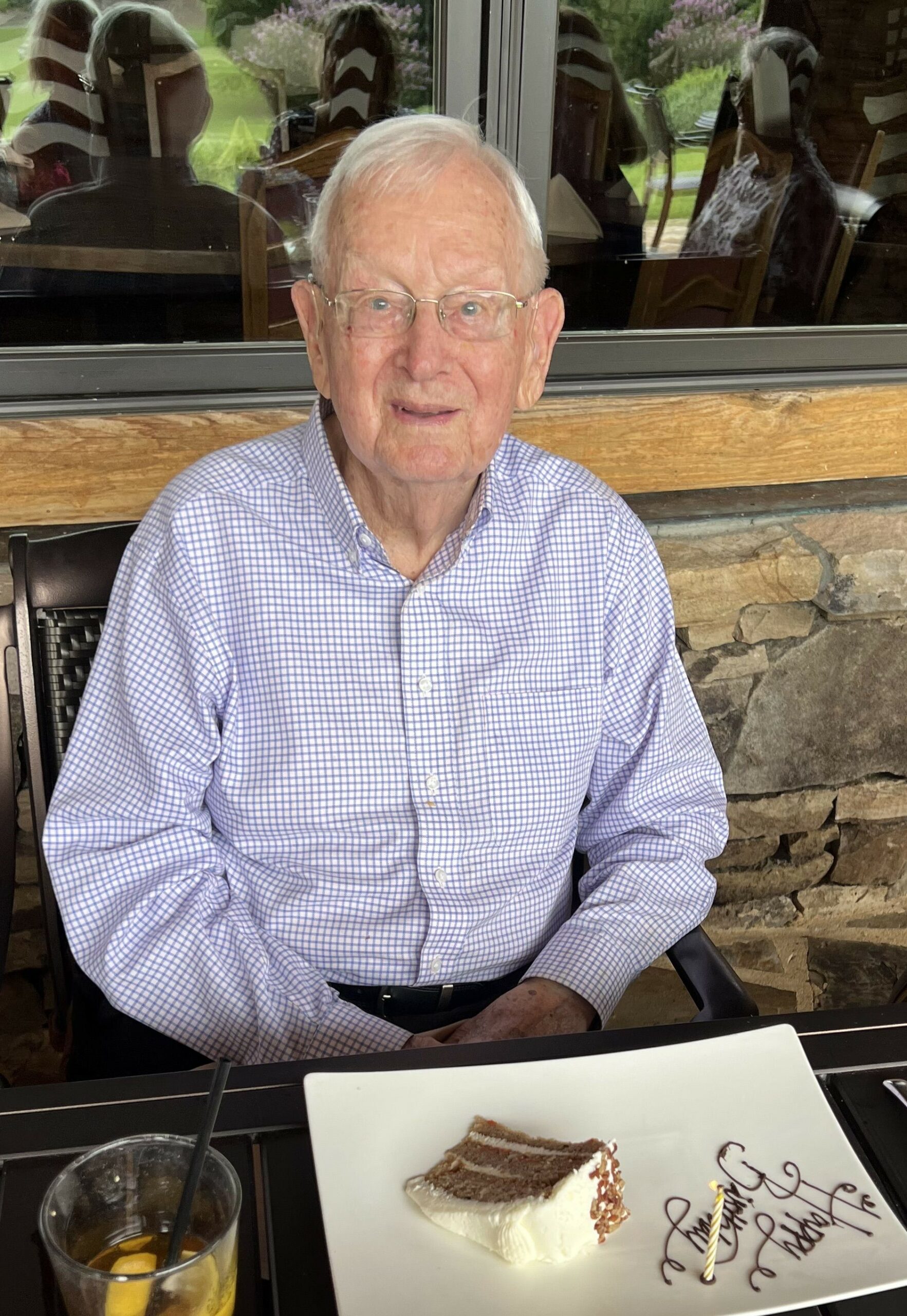 Bert Councell went to sleep in his earthly bed, weak & frail at 94 years old, and he woke up in Paradise more alive than he’s ever been on Wednesday, August 24, 2022.

He was an only child – born in Ridley Park, PA, on July 9, 1928. He spent his childhood in Cordova, MD, where he was reared by his beloved Grandmother. After he graduated from Easton High School, he attended Bob Jones University in Greenville, SC. He married Barbara Jean Peck in 1950, and they soon began a family which grew & grew, culminating in 6 children.

Their early years were enjoyed on the island of Nassau, Bahamas, where Bert was the manager of “The Nassau Shop”, a lovely department store. Later, the mountains of Asheville, NC, became their home base while Bert finished his remaining professional years as a purveyor of jewelry throughout the Caribbean. He retired in 1991. Sometime later, he moved to Fletcher, NC.

During his lifetime, he said a temporary good-bye to his wife of 62 years, to his eldest daughter, Abigail Leigh (17 years old), and to his eldest son, Paul Douglas (62 years old). They are all reunited now. Talk about a joyous reunion!

Bert enjoyed good food, travel, playing the piano, singing hymns, gardening & loving on his dog(s). Were anyone to have asked him the secret to true satisfaction, he, unhesitatingly, would have said it was by knowing Jesus Christ as Savior and Lord. Imperfect Bert knew well the Amazing Grace that had saved a wretch like him!

In his final years, he was blessed with the best caregivers; these women gave him a 5 star exit into eternity.

Bert’s funeral service will be private, but all are welcome to attend the visitation from 2:00-3:00 PM on Sunday, October 9 at Groce Funeral Home on Patton Avenue, followed by his burial at Green Hills Cemetery at 3:00 PM and then a picnic at Carrier Park from 5:00-7:00 PM.

The family requests that any memorials be made to The Billy Graham Evangelistic Association, 1 Billy Graham Parkway, Charlotte, NC, 28201.