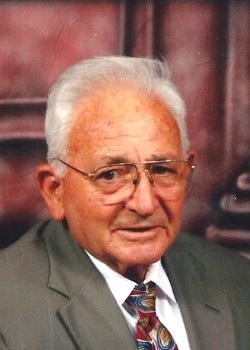 Howard Crawford Gryder, 88, of Asheville, died on Thursday, April 17, 2014, at the John F. Keever Hospice Solace Center. An Asheville native, Mr. Gryder was a son of the late Lester Randolph and Docia Fore Gryder. He was preceded in death by a son, Stephen Brian Gryder. Mr. Gryder, known to all as Howard, was recognized for his expertise in the lumber industry, consulting for North Carolina universities and national and international companies. For 45 years he owned and operated a local lumber drying operation. Even in his spare time, he loved woodworking. Howard enjoyed fishing and gardening; but, spending time with his family, particularly his grandchildren, was his favorite thing to do. All who knew him respected Howard as a man of honor, integrity, and compassion. He was a U.S. Coast Guard veteran, serving during WWII in the Pacific. He was a proud member of the VFW. A spiritual man, Howard was a member of Oakley Baptist Church. Howard is survived by his wife of 66 years, Betty Davis Gryder; daughters, Elizabeth Crawford Watkins (Larry), Nancy Gryder (Pam), and Cathy Bradburn (Max); son, Matt Gryder (Tammy); sisters, Joyce, Faye, and Becky; brother, Dan; grandchildren, Chase, Ethan, Shannon, and Josh; and many other family members and friends. A memorial service for Mr. Gryder will be on Monday at 2:00 p.m. at the Groce Funeral Home chapel on Patton Ave. with the Rev. Pam Vesely officiating. Military honors will be performed by the North Carolina Honor Guard. His family will receive friends for one hour prior to the service. In lieu of flowers, memorials may be made to the VFW National Home for Children, 3573 South Waverly Rd., Eaton Rapids, MI 48827, or at www.vfwnationalhome.bmobilized.com.