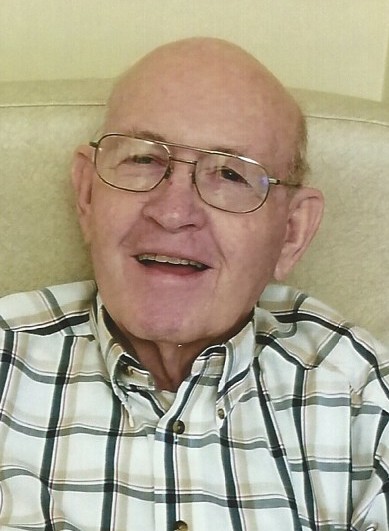 A native of Buncombe Co., Howard was the son of the late Samuel Wade and Nellie Womack Elliott. He was also preceded in death by his sisters, Fran McMahan, Ruth Parham, and Patsy Cox; and brothers, Ken Elliott, Samuel Elliott, Jr., and Lloyd Elliott.

Howard retired from BASF Corp. (American Enka) with 30 years of service. He then continued working at KME, Inc., with his son and brother until retiring in 2002 and moving to Greeneville, TN. Howard loved his Lord and Savior, Jesus Christ, with all of his heart and was a faithful servant to the Gospel of Christ. Howard was a member of United Baptist Church, Greeneville, TN, where he served as a Deacon and Sunday School teacher. He also weekly visited in the community, visited fellow church members and those in need. Howard attended Trinity Baptist Church after moving back to Asheville in 2019.

His family will receive friends beginning at 1:00 p.m. on Wednesday at Groce Funeral Home on Patton Ave., followed by the funeral service at 2:00 p.m. Mark Elliott, Matthew Elliott, and Dewayne Dryman will officiate. Interment will then follow at Green Hills Cemetery.

The Elliott family would like to express their sincere and heartfelt gratitude to Aston Park Health Care Center and to Four Seasons Hospice for their exceptional loving care shown to Howard.

In lieu of flowers, memorials may be made in Howard’s name to the Trinity Baptist Church Missions Ministry, 216 Shelburne Rd., Asheville, NC 28806.