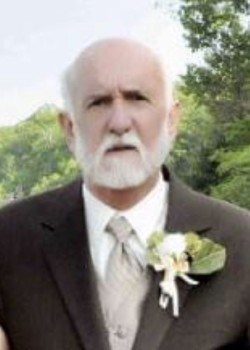 He is preceded in death by his parents, Hoye Coke Morgan and Margaret Hudson Morgan, and by his brother-in-law, Robert Warren.

Chump was a good dad, Papa and friend to many. Retired from the US Postal Service, he prided himself on his three grandchildren, “The H’s”, good firework displays, his service in Vietnam in the US Navy, his love of Corvettes, and Classic Rock.

A graveside service will be held at 3:00 p.m. on Monday at the White Rock Baptist Church Cemetery, with Rev. Scott Gillette officiating.

The family requests that in lieu of flowers, donations be considered to Nebo Crossing Academy, 961 Harmony Grove Rd., Nebo, NC 28761.