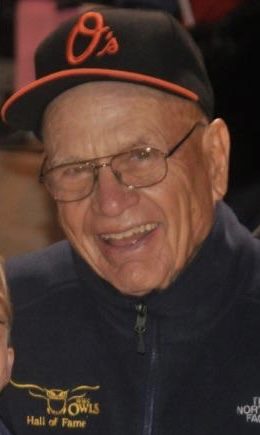 Hugh spent his childhood in Danville IL, graduating from Danville High School, where he lettered in 3 varsity sports; basketball, baseball and football all four years. While playing baseball at Miami of Ohio he earned a bachelors and Masters degree in Economics. From there, he completed his education with a PhD from The University of Illinois from 1962-1965.

Hugh delivered for Meals on Wheels as well as volunteered for Hospice from 2005-2013. He was also a Friend of Bill’s for 43 years.

He is survived by his wife, Sarah Himan; his children, Kim Merrill and Brock Himan (Cathy) and his grandchildren, Sam and Rory Merrill, Fletcher, Hugh and Cooper Himan; his brother, Dennis Himan and his step-children, Lynn Bowers and Chris Sugg.

In lieu of flowers please donate to Meals on Wheels of Buncombe County or WNC Bridge Foundation (formerly CarePartners Foundation).