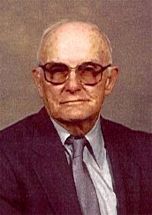 Funeral services will be held at 11 am Tuesday in the Skyland Baptist Church conducted by the Rev. Carl Mintz. Burial will follow in the New Salem Cemetery. Pallbearers will be Ken Holden, Jim Fender, Bill Butler, Richard Fish, John Towe and David Wilson.

The family will receive friends from 7 until 8:30 pm Monday at Groce Funeral Home at Lake Julian where Mr. Rutledge will remain until being placed in the church 30 minutes prior to the service.