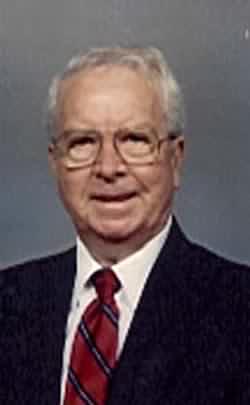 Hugh W. Hensley, 76, of Candler, passed away, Wednesday, May 10, 2000 at his residence. A native of Buncombe County, he was a son of the late Jeter and Florence Hensley. He was a US Air Force veteran of WW II. He retired from the VA Medical Center with 35 years of service, and was a member of Pole Creek Baptist Church. Mr. Hensley is survived by his wife of 54 years, Margaret Penland Hensley; daughters, Carolyn Winstead of Leicester, Brenda Taylor of Asheville; sons, Steve Hensley of Kingsport, TN, Ronnie Hensley of Fountain Inn, SC, Terry Hensley of Candler; five grandchildren; two great- grandchildren; two sisters and one brother. Funeral services will be 11:00 am Friday in the Patton Avenue chapel of Groce Funeral Home with Revs. Dennis Thurman and G.W. Jameson officiating. Honorary pallbearers will be members of his Sunday School Class #3. Burial will follow in Ashelawn Gardens of Memory. His family will receive friends 7-8:30 pm Thursday at the funeral home. Memorials may be made to Pole Creek Baptist Church Building Fund, 96 Snow Hill Church Rd., Candler, NC 28715.