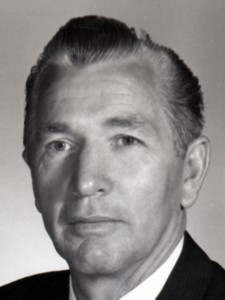 J. Ted Carter, 91, of 301 Lakewood Dr., Asheville, died at 4:30 p.m., Sunday, July 23, 2006, at Memorial Mission Hospital after a period of declining health. Mr. Carter lived in Asheville for most of his life, but was born in Mars Hill on January 9, 1915 to the late Dr. J.T. and Mrs. May Peek Carter. He was also the grandson of J.B. and Mary Merrell Peek and Solomon M. and Mary Ramsey Carter. He was also preceded in death by two sisters: Muriel C. Baldwin and Opal C. Corpening. Mr. Carter graduated from Berea College, Berea, KY and did graduate work at the University of North Carolina at Chapel Hill. He coached championship basketball teams at Hendersonville High School, Gastonia High School, and Lee H. Edwards High School. He retired as City of Asheville Athletic Director in 1980. He was a veteran of the United States Army, 5th Army-Field Artillery, during World War II. He received the Bronze Star and Purple Heart, and retired as a Captain. He wrote and published four books and was a former columnist for The Asheville Times. Mr. Carter was a direct descendant of one of the founders of Mars Hill College. He was a member of Central Methodist Church. He is survived by his wife of 67 years, Elizabeth Grubbs Carter; one son, Michael W. Carter, Sr., and his wife Linda, of Asheville; two grandsons: Michael W. Carter, Jr. and his wife Allyson, and Chad S. Carter; two great-grandchildren: Danielle Carter and Gregory Carter; two sisters: Bernice C. Bradham and Elizabeth C. New; several nieces, nephews and lots of cousins A memorial service will be held at 2:00 p.m. Wednesday at the Groce Funeral Home chapel on Patton Ave. with Mr. Bob Terrell and the Rev. Dr. Robert M. Blackburn, Jr. officiating. His family will receive friends following the service. Flowers are acceptable and appreciated, or a donation may be made to a charity of one’s choice.