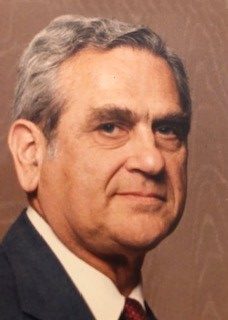 He was born to Edward and Mary Bayliss in Memphis, TN. Throughout his life, he was always practical, curious and interested in figuring things out. He had a love for chemistry and engineering and graduated with a degree in Chemical Engineering from the University of Tennessee. At UT he met the love of his life, Kate O’Donnell. Following graduation, he took a commission as a second lieutenant in the US Air Force and retired with the rank of Captain in the USAF Reserves.

Most of his career was in the textile industry in North Carolina working in Asheville, Shelby, Salisbury and Charlotte. At the Fiber Industries subsidiary of Celanese, Bronson was involved in the early stages of developing polymers and processes for spinning polyester fibers and was awarded several patents for his discoveries. He became a key witness in patent litigation in the UK involving his discoveries in polymer processing. The judge cited his commonsense testimony as a basis for his decision favorable to Celanese. After retirement, he and Kate became world travelers, and later moved to Weaverville, NC.

Bronson will be laid to rest beside his wife, Kate, at Riverside Cemetery in Asheville, following a private graveside service. Reverend Richard Hicks of Dillingham Presbyterian Church will officiate. Memorials may be made to Meals on Wheels, www.mowabc.org.

Groce Funeral Home on Patton Avenue will be serving the family.