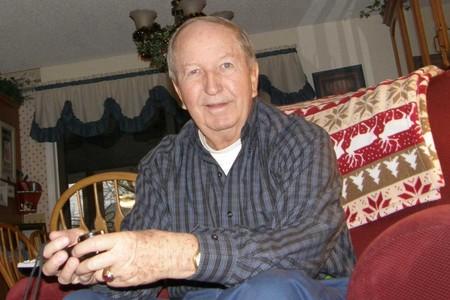 Jack Claude Clark, 80, of Arden, passed away surrounded by his family on October 6, 2011 at the V.A. Medical Center in Asheville. He was born in Lenoir, NC to the late Charlie and Mamie Bell Clark. He was preceded in death by five brothers; Horace, Maynard, Eugene, William Archie and Calvin (CE) and five sisters; Edith, Ruth, Laura, Mary Lou and Sadie. Mr. Clark was a proud veteran of the United States Air Force where he was stationed mostly in Manchester, England and received a National Defense Service Medal. After college, he enjoyed a teaching career. Later, he went to work for the U.S. Government, first for the U.S. Forest Service and eventually retiring from the Oteen V.A. Medical Center. He was also a member of the DAV Chapter 84. He was an avid golfer and enjoyed traveling across America exploring it's rich history and beauty. However, he loved the Blue Ridge Mountains more than any other place in the world. Mr. Clark is survived by his devoted wife of 52 years, Jimmie Clark and his beloved children; son, Michael Clark; daughter, Susan Gillam and her husband, Jeff; daughter, Judy Mitchell and her husband, Mark and daughter, Leilani Robbins. He was a proud "Papaw" to two grandchildren, Amber Moore and her husband, Sam and Justin Gillam and two great grandsons, Phoenix Gillam and Weston Moore. All are from Buncombe County. Also surviving is a brother, Jerry Clark and his wife, Lois of Granite Falls; a sister, Nora Cline of Marion and numerous nieces, nephews, neighbors and close friends. A funeral service will be held at 12:30, Monday, October 10, 2011 in the chapel of Groce Funeral Home at Lake Julian with Reverend Ben Holmes officiating. The family will receive friends one hour prior to the service at the funeral home. Burial will follow at the State Veterans Cemetery in Black Mountain with military honors performed by Disabled American Veterans Chapters 84 & 6 of Taylorsville, NC. Memorial donations may be made to "Pay It Forward Food Pantry", Fairview Presbyterian Church, P.O. Box 2460, Lenior, NC 28645 or to DAV Chapter 84, 582 Carrigan Rd., Taylorsville, NC 28681.