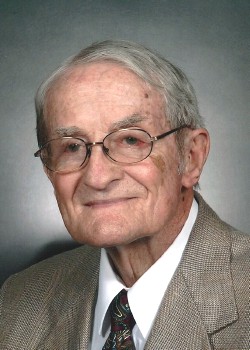 Jack Waites, 84, died peacefully at his home on Thursday, May 2, 2013. He was the son of the late Lindsey Samuel and Mertie McLane Waites. He served in the Army during the Korean War, and retired from the Asheville Fire Department. He was a lifelong member of West Asheville Baptist Church. In 1947, Mr. Waites married the love of his life, Martha Davis Waites (deceased in 2007). Together they adopted and lovingly raised two children, Kathy Ann Waites and Gary Lee Waites. He is survived by them as well as one grandson, Linsey Waites. He cherished his three brothers and their families; Samuel McLane Waites and wife Dorothy (both deceased), Harold Sanders Waites and wife Carolyn, David Lee Waites and wife Pat, and many nieces and nephews. Mr. Waites lived a long, happy life guided by faith and in the service of others. He set a wonderful example for all who knew him. Graveside services will be held at 11:00 a.m. Monday at Green Hills Cemetery. The family will receive friends from 6:30 to 8:00 p.m. Sunday at Groce Funeral Home on Patton Ave. Because he enjoyed sharing food with family and friends, the family request that in lieu of flowers, donations be made to MANNA FoodBank, 627 Swannanoa River Rd., Asheville, NC 28805, and/or to CarePartners Hospice, PO Box 25338, Asheville, NC 28813.