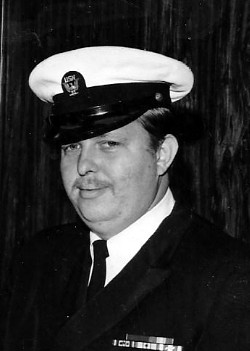 Born February 16, 1947 in West Virginia, Jack was a son of Louise Ross Vincil and of the late Jackson William Vincil, Sr. He was also preceded in death by his grandparents, Joe and Geraldine Thompson, and by his brothers, Roger and Richard Vincil.

Jack had many accomplishments in his lifetime. He served several stints in the U.S. Navy, including 2 tours in Vietnam. His service in the Navy allowed him to tour around the world at least 3 times. He was proud of his service and loved his country. Along with certifications in Heating & Air to computer technology, First Class Chief Petty Officer Vincil moved back to NC and began working for Asheville Parks and Recreation, and later moved to Hendersonville and began working as a custodian at East Henderson High School, where he made many friends.

Jack loved riding his motorcycle, as well as stamp collecting. He was devoted to his family; no family could be more proud of a person than we are of Jack. He is and will always be our hero.

Graveside services for Mr. Vincil will be held at 2:00 p.m. on Monday, February 10, at Riverside Cemetery in Asheville.

The family would like to invite anyone to attend a gathering of friends and family following the graveside service at the Skyland Baptist Church Fellowship Hall at 2115 Hendersonville Rd., Arden, NC 28704. Please bring a covered dish to share.